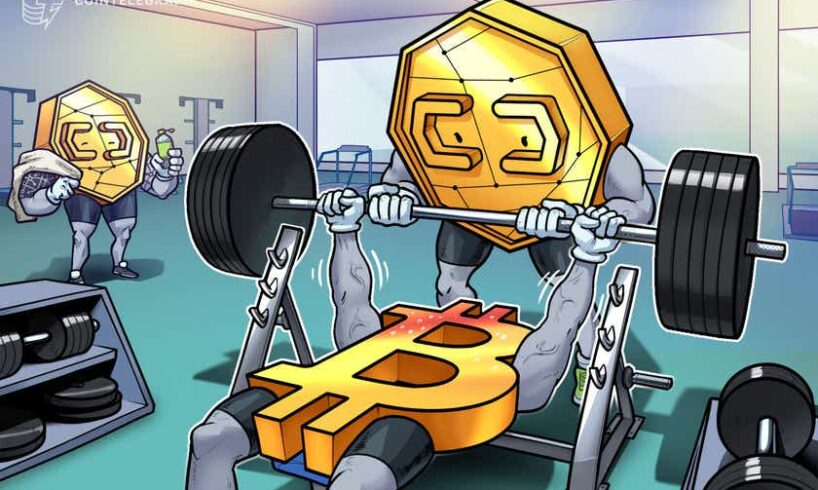 Bitcoin (BTC) began to see much-welcomed volatility to the upside on Feb. 23 as European markets opened with modest upside.

The pair had staged a steady comeback overnight, with progress totalling 6.8% versus Tuesday’s lows.

Previously, Crypto Ed had warned that any push towards the $40,000 could well end up as a relief bounce followed by an even deeper correction than that seen this week.

Summarizing the short-term scenario, meanwhile, fellow trader and analyst Matthew Hyland presented $36,300 and $33,000 as the support levels in play. For him, $39,600 was once again the upside resistance zone to clear, as it had been earlier in February.

“Expect heavy resistance and likely rejection in the 39.5-40k area if we get there,” Twitter account Cheds added.

After Tuesday’s lows entered, analytics tool Material Indicators had meanwhile eyed an uptick in buyer behavior after days of indecision.

Market buyers finally got off their hands and started pushing the green button. Marked up another FireChart to help you interpret the intraday moves. #BTC #Datavisualization #Crypto #tradingstrategy https://t.co/zw0ufgPIMt pic.twitter.com/rrpBB05vS2

Market buyers finally got off their hands and started pushing the green button,” it announced on Twitter alongside a chart showing increasing order volumes of both large and small buys.

A look at order book data from major exchange Binance on Wednesday meanwhile showed BTC/USD beginning to tackle a band of resistance with its latest move higher.

Altcoins bounce back with ‘altseason’ talk in the air

A good day was being had by altcoins on Wednesday, with major tokens beating Bitcoin’s own solid 24-hour performance.

Ether (ETH) was up 6.1% to $2,700 at the time of writing, indicative of many of the top-ten cryptocurrencies by market cap.