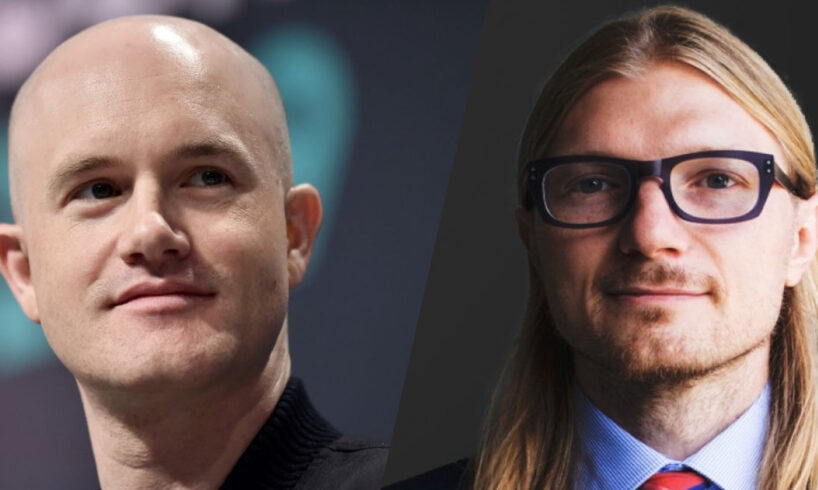 Canada’s securities regulator has flagged tweets by Coinbase CEO Brian Armstrong and Kraken CEO Jesse Powell encouraging people to use non-custodial wallets to evade freeze orders by the Trudeau government. “We are aware of this information and have shared it with the RCMP and relevant federal authorities,” said the Canadian regulator.

Tweets by CEOs of Coinbase and Kraken Flagged to Police

The two crypto exchange executives criticized the invocation of Canada’s Emergencies Act. They warned about the danger of using custodial wallets, advocating the use of non-custodial wallets to prevent funds in them from being frozen.

Kristen Rose, the OSC’s manager of public affairs, was quoted by the publication as saying:

We are aware of this information and have shared it with the RCMP and relevant federal authorities.

Both Kraken and Coinbase are registered with the Financial Transactions and Reports Analysis Centre of Canada (FINTRAC) as money-services businesses.

Kraken’s Powell tweeted a few times about the importance of using non-custodial wallets last week. “Please do not fund causes directly from custodial wallets. I’m sure freeze orders are coming. Withdraw to non-custodial before sending,” one tweet reads. He also admitted in a different tweet that he donated one bitcoin to Honkhonkhodl for Canadian Freedom Convoy truckers.

In another tweet, the Kraken boss responded to a question about whether his crypto exchange could be ordered by the police to freeze assets without judicial consent. Powell replied:

100% yes it has/will happen and 100% yes, we will be forced to comply. If you’re worried about it, don’t keep your funds with any centralized/regulated custodian. We cannot protect you. Get your coins/cash out and only trade p2p.

Concerning to see stuff like this happening in any country, especially such an economically free place like Canada. Self-custodial wallets are important.

The Trudeau government invoked the Emergencies Act in Canada last week. The RCMP subsequently ordered banks, financial institutions, and cryptocurrency exchanges to freeze accounts and crypto wallets with ties to the Freedom Convoy protest. The government even warned that more accounts will be frozen.

What do you think about the OSC flagging tweets by Brian Armstrong and Jesse Powell about non-custodial wallets? Let us know in the comments section below.