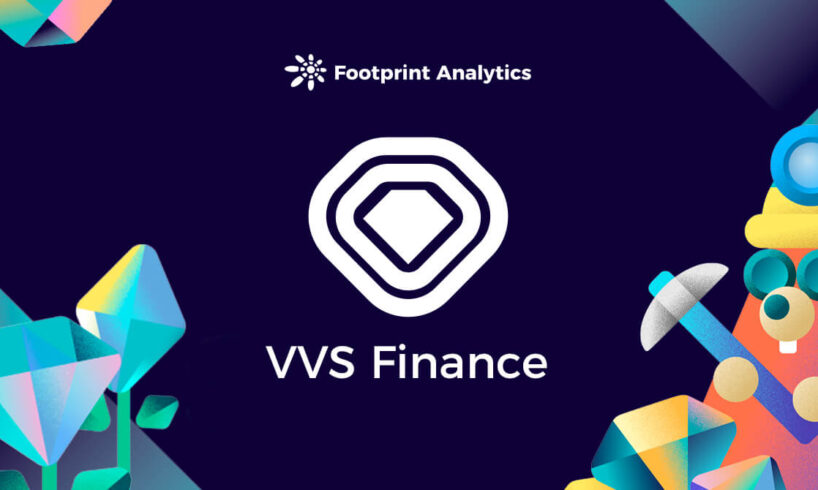 Most people know Crypto.com as an exchange and wallet app competing with the likes of Kraken and Coinbase with a series of high-profile advertising campaigns. These include commercials featuring Matt Damon, a Superbowl halftime spot with Lebron James, and naming rights to the former Staples Center.

However, the Singapore-based company has been doing much more since it launched Cronos, an EVM-compatible blockchain whose DeFi ecosystem has grown steadily to $2.3 billion in TVL since it went live in November.

VVS protocol is the largest project on the Cronos chain, taking up 59% of its total TVL as of Feb. 15. It’s already the 7th largest DEX by TVL, currently behind Trader Joe and just ahead of Osmosis.

What is VVS Finance?

VVS Finance is a DEX that provides the usual DeFi capabilities: swaps, liquidity pools, and staking.

It stands for Very, Very Simple Finance, making its UVP clear—the platform aims to simplify DeFi. It does this through gamification and an easy-to-use interface.

It also checks many of the boxes Footprint recommends you look at when assessing the health of a crypto project:

Substantial initial market cap: VVS Finance’s market cap jumped from $20 million to $170 million in the first couple of months since its launch and has largely reflected the general market trend since then. Reasonable trading volume: VVS Finance’s trading volume has mostly remained between 5% and 20% of its market cap. Price action: The price action of the protocol’s token VVS is about as volatile as you would expect from a new DEX project and a new chain, but with no suspicious pumps.

So why has the first AMM on Cronos and a potential contender to be the next SushiSwap or PancakeSwap attracted so much controversy recently?

VVS’s total circulating supply is 2.2 trillion, and its total supply is over 36 trillion, which will increase to 100 trillion over ten years through its emissions schedule.

For comparison, here are the leading DEX tokens’ circulating supply figures (rounded to a million).

As the only major DEX token that is so inflationary (note that CAKE has no hard cap but has deflationary mechanisms to keep the supply under control), VVS Finance’s tokenomics model is an outlier.

Here’s some reasonable criticism from one self-proclaimed holder, dsx02, on Reddit:

“I held both VVS and TONIC but sold both upon looking at the Tokenomics, they’re really bad 100 Trillion supply of VVS and 500 Trillion of TONIC, to put that in perspective it’s 1000x more VVS than there is DOGE and DOGE is already a wildly inflated coin whose price suffers tremendously for it… and they plan to emit HALF (50 trillion) in 2022 alone, so yeah i [sic] really don’t see how it’s gonna rise in value at all unless you just don’t believe in inflation at all.”

But does VVS’s incredibly high token supply matter to its long-term potential?

While 100 trillion is enormous, other tokens have significantly higher, or even unlimited, supplies, including Ethereum.

So, the total supply is not the key metric of a project’s quality, advantages, or disadvantages. What is important is how they will be distributed—according to which business model. If there is too much supply circulating but not enough usage (e.g., through staking or burning), it will affect its token price and intrinsic value.

If VVS Finance can maintain its top spot in the Cronos ecosystem, and Cronos can continue to increase its activity, the project—being intrinsically tied to the potential of Crypto.com—could be a good investment.

What is Footprint Analytics?

Footprint Analytics is an all-in-one analysis platform to visualize blockchain data and discover insights. It cleans and integrates on-chain data so users of any experience level can quickly start researching tokens, projects and protocols. With over a thousand dashboard templates plus a drag-and-drop interface, anyone can build their own customized charts in minutes. Uncover blockchain data and invest smarter with Footprint.

Featuring a summary of the most important daily stories in the world of crypto, DeFi, NFTs and more.

Get an edge on the cryptoasset market

Access more crypto insights and context in every article as a paid member of CryptoSlate Edge.