The mission to teach 100M people about Bitcoin by 2030 – WORLD CRYPTO BUSINESS
You are here: Home Bitcoin News 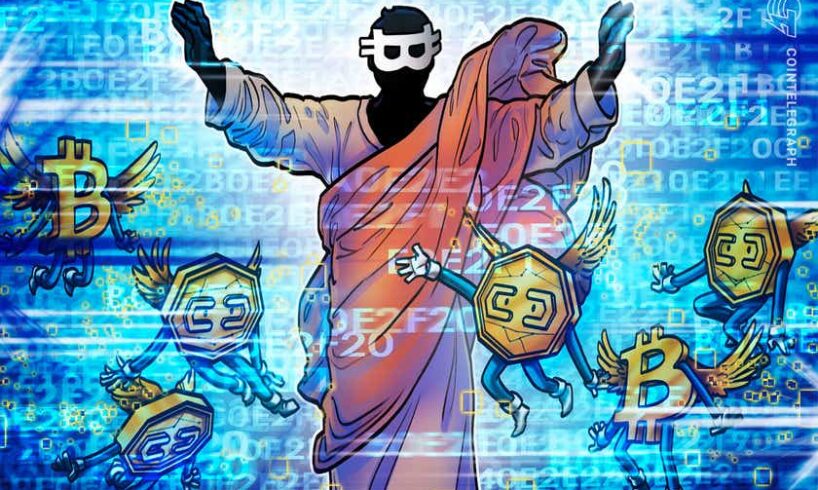 Dušan Matuska is, among many other things, a Bitcoin educator and consultant. The Slovak’s dream is to educate 100 million people about Bitcoin (BTC) by 2030 through talks, podcasts, webinars, workshops and even a Bitcoin education center in a far-flung destination (plans are currently under wraps).

Alongside his Bitcoin teaching aspirations, he helps out at a small-scale Bitcoin mining facility in Slovakia, co-founded a crypto cafe known as Paralelni Polis in the capital city of Bratislava, and has translated well-known Bitcoin books into his native tongue, Slovak.

But, how did he get here? And, what does meeting Satoshi Nakamoto have to do with it?

It starts with Bitcoin, which he first heard about in 2015. But like many people, “I didn’t take a lot of notice. I thought it was a scam, it was a pyramid scheme and all these kinds of things,” he told Cointelegraph.

Nonetheless, equipped with a background in mathematics and buoyed by the enthusiasm of a tenacious friend fascinated by open-source technologies, Matuska didn’t so much fall but swan dive down the rabbit hole during the 2017 bull run.

He suddenly realized, “Oh my God, this Bitcoin thing is something really amazing.”

He took time off his teaching and consulting jobs to study Bitcoin. Within months, he had deployed his public speaking skills to give the first free talks of many about Bitcoin. At his first “open workshop, where 40 or 50 people came” in early 2018, something began to click.

“Teaching something that I have a passion for feels natural to me. I gave webinars, consultations, free talks, all these kinds of things related to Bitcoin. Then, we founded Paralelna Polis in Bratislava.”

The crypto cafe, as it’s also known, is the baby brother to the Paralelni Polis cafe in Prague. It’s a cafe rooted in alternative learning, or “parallel education,” which harks back to when Czechoslovakia was a communist country.

The Paralena Polis, or “crypto cafe,” coffee shop and meeting space. Matuska is on the right, crouching with glasses. Source: Dušan Matuska

It is an apt epithet for a safe space to learn, tinker with and eventually use cryptocurrency. “No fiat is allowed,” Matuska added.

The parallels of teaching about restricted worlds during communist rule and learning about an alternative financial world where fiat currency is surplus to requirements are clear-cut at the cafe. Matuska explained:

While helping out as a barista at the cafe, Matuska spoke to unassuming crypto enthusiasts, from 73-year-old former bankers to senior citizens curious about transacting with crypto.

Elderly women learning about Bitcoin at a bazaar run by the crypto cafe in Slovakia. Source: Dušan Matuska“I often use the example of the 73-year-old man when educating people about Bitcoin. If he can learn how to use a Bitcoin wallet and how to pay with Bitcoin, anyone can.”

Better yet, the reason why the septuagenarian transacted via Bitcoin is that it was “easier for him than it was to use online banking.” Matuska confirmed to Cointelegraph that the elderly man was not, in fact, Satoshi Nakamoto.

While, sadly, the Bratislava crypto cafe closed last year due to the COVID-19 pandemic, the Prague cafe lives on. Plus, the foundations were laid, and Matuska had two epiphanies: Bitcoin is for everyone, and Bitcoin solves problems.

For Matuska, whether it’s sending money to a cousin in the United States, bequeathing money to grandchildren or simply “helping people save money to fight inflation,” it’s not just some cool tech or  “number-go-up technology.”

One day, his girlfriend asked, “My teaching colleagues are asking about how to educate kids about Bitcoin. Is there a book for them?” After that, Matuska shifted his focus from teaching adults to teaching children as well.

Thanks to the help of other Bitcoin educators in the space, as well as a successful crowdfunding campaign, Matuska has sent over 2,000 Bitcoin-related books to schools across Slovakia, translated into Slovak by himself and his team.

Expanding his Bitcoin education aspirations into schools was a deft move. He‘ll need all the help he can get to reach his goal of educating 100 million people about Bitcoin by 2030. To keep track of the numbers, Matuska used to maintain “an excel spreadsheet. Then I used to count YouTube video views. but there was too much overlap.”

He’s now working on a series of metrics to reach his goal, undoubtedly tracking the number of downloads on the Bitcoin-focused podcasts he records.

In the podcast series, Matuska answers common questions and explores thought experiments he was exposed to during his Bitcoin teaching. One of the most popular thought experiments is a riff on Satoshi Nakamoto’s anonymity and is actually from the first podcast he recorded.

It’s called “How I met Satoshi,” and it refers to a theoretical meeting with the creator of Bitcoin. Matuska explained:

“Just like Pythagoras and his theorem, we don’t actually need to know if he was a good guy or a bad guy, or if he was orange, blue, yellow or black, whatever. The key thing is that the Pythagorean theorem works again and again.”

Related: One man’s plan to orange-pill a nation: Bitcoin Senegal

It is possible to mathematically prove that the Pythagorean theorem works thousands of years after his death. “It will be the same for Satoshi‘s calculations.”

While Matuska “meets” with Satoshi, it‘s more about the real “meeting” that occurs when you begin to engage with the works of a genius, whether it‘s Albert Einstein, Michelangelo or Aristotle.

Ultimately, for the founder of Bitcoin, Matuska shared that we “should be happy that we don‘t know who this person is.”