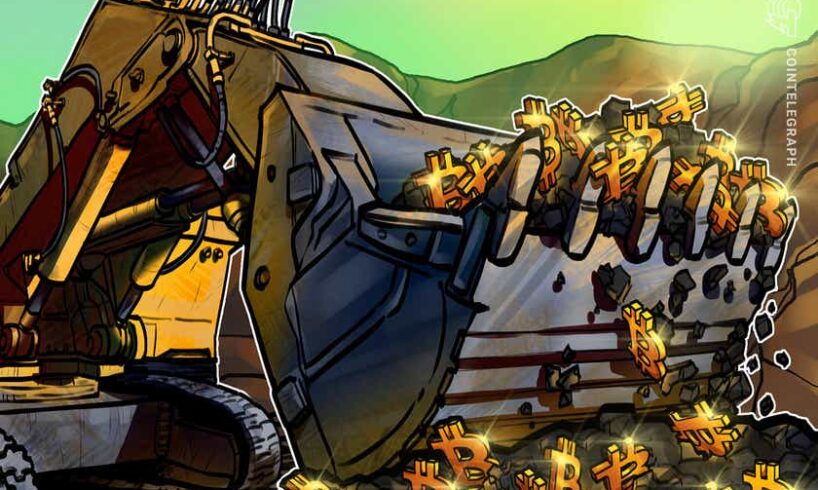 Canadian oil and gas company Bengal Energy, is dipping its toes into Bitcoin (BTC) mining as a way of utilizing the untapped energy from its gas wells in the far reaches of the Australian outback.

According to a report from The Australian, Bengal Energy is set to conduct a pilot program where roughly 70 Bitcoin mining rigs will be set up inside a portable building — known in the local mining industry as a “donga” — which will be assembled near a series of previously out-of-operation gas wells in the Cooper Basin.

Eberspacher added that the recently acquired gas wells posed an interesting problem to the energy company because they are what is known as “stranded wells.” This means that while the company can technically produce power from the gas on site, the current distribution pipelines are too far away to reach.

A pipeline that can service Bengal’s remote gas wells is currently under construction, however the delays in development have been further exacerbated by Covid-related supply chain issues.

“We were basically looking at six months of having wells ready but without an outlet. We were dealing with stranded assets.”

Portable Bitcoin mining rigs in dongas were hit upon as a solution to the problem. A trial donga will be outfitted with 66 mining rigs that can generate approximately 0.005 BTC per day which equates to roughly $235.

If the trial is successful, Bengal Energy is reportedly seeking to multiply its Bitcoin mining output by a factor of 10 to 20 times, meaning that total income could reach anywhere from $2000 to $5000 per day.

Bengal Energy adds its name to a growing list of mining companies including ConocoPhilips and Exxon Mobil, that are seeking to harness the full potential of typically wasted or stranded energy through portable Bitcoin mining operations.

In response to the widely-published criticisms of Bitcoin mining on environmental grounds, fossil fuel companies have become increasingly concerned with finding new ways to limit the harmful byproducts of mining operations as well as harnessing any sustainable alternatives where possible.

The Bitcoin Mining Council estimated a sustainable energy mix of 58.5% for the global industry in the fourth quarter of 2021. Miners in Norway are even using waste heat to dry out lumber.