Bitcoin derivatives metrics favor a move to $48K, but only after a lower support retest – WORLD CRYPTO BUSINESS
You are here: Home Bitcoin News 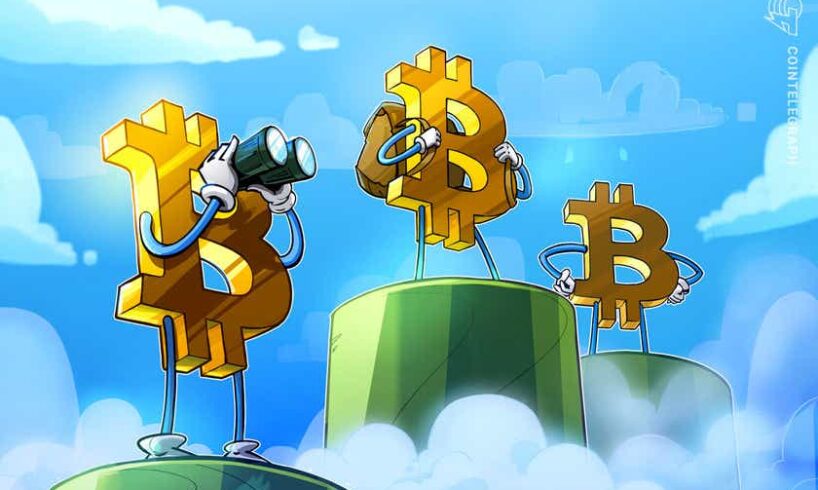 Bitcoin (BTC) saw an 11% gain in the past week after the $46,000 resistance finally broke after 82 days. Many crypto pundits argue that Terraform Labs CEO Do Kwon has played an important role in the price change, but is yet to be determined.

A Bitcoin address thought to belong to Terra has now amassed almost $1.5 billion in BTC following a $139 million purchase on March 29. TerraUSD (UST), an algorithmic stablecoin, aims to acquire up to $10 billion worth of BTC to back its “dollar” reserve.

On the macroeconomic side, there have been mixed feelings. The United Kingdom’s Consumer Price Index increased by 6.2% year-on-year, which is above the 5.9% consensus. However, in the United States, the opposite effect occurred as durable goods orders showed a 2.2% decrease.

The current reading is the highest U.S. inflation in 40 years and interest rates near zero provide a bullish environment for scarce assets, including Bitcoin.

Considering that the S&P 500 is only 4% below its 4,819 all-time high, Bitcoin’s recent strength should not come as a surprise. Bulls came in stronger after the call (buy) option instruments dominated the April 1 options expiry, and bears were caught off guard after Bitcoin price stabilized above $47,000 on March 30.

A broader view using the call-to-put ratio shows a 39% advantage to Bitcoin bulls because the $605 million call (buy) instruments have a larger open interest versus the $435 million put (sell) options. However, the 1.39 call-to-put indicator is deceptive because most bearish bets will become worthless.

For example, if Bitcoin’s price remains above $47,000 at 8:00 am UTC on April 1, only $80 million worth of those put (sell) options will be available. That effect happens because there is no value in the right to sell Bitcoin at $45,000 if it’s trading above that level.

Below are the three most likely scenarios based on the current price action. The number of options contracts available on April 1 for bulls (call) and bear (put) instruments varies depending on the expiry price. The imbalance favoring each side constitutes the theoretical profit:

This crude estimate considers the call options used in bullish bets and the put options exclusively in neutral-to-bearish trades. Even so, this oversimplification disregards more complex investment strategies.

For instance, a trader could have sold a call option, effectively gaining a negative exposure to Bitcoin above a specific price. Unfortunately, there’s no easy way to estimate this effect.

Bitcoin bears had $580 million in short positions liquidated between March 26 and March 30, according to data from Coinglass. Therefore, bulls should continue to display strength by keeping Bitcoin price above $47,000 heading into April 1’s options expiry.

The views and opinions expressed here are solely those of the author and do not necessarily reflect the views of Cointelegraph. Every investment and trading move involves risk. You should conduct your own research when making a decision.