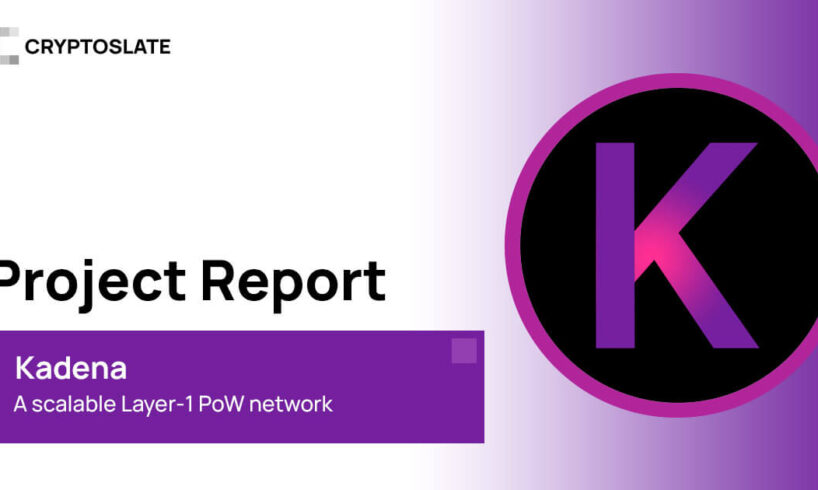 CryptoSlate is excited to bring you the Project Report series — an in-depth overview of projects at the forefront of the industry expressed via an unbiased evaluation of the technology used; product maturity; team information; SDKs and code; an assessment of the risks and opportunities around investments in the project, and much more.

The security of the Bitcoin network paired with the programmability of Ethereum is set to create a developer-friendly blockchain that is easy to scale and easy to use. The network’s design removes the need for any Layer-2 scalability solutions or functionality solutions that have become ubiquitous on Ethereum.

In this report, we dive deep into Kadena and the technology behind it, exploring how the blockchain is able to offer an essentially unlimited throughput without sacrificing the security developers crave.

Defining the market Kadena operates in isn’t as straightforward as it might seem. The programable smart contract functionality it offers means that it targets the vast DeFi market and the countless applications within it. Its PoW consensus mechanism and capped supply push it closer to Bitcoin, as it could target the market looking for a stable network with long-term investment potential.

Nonetheless, decentralized finance is what Kadena seems most suited for. With the DeFi market currently holding over $216 billion in total value locked (TVL) and showing no sign of stopping, the potential for Kadena is huge.

However, the network is up for a tough battle if it wants to become a DeFi staple. Networks like Ethereum, Avalanche, Polygon, Solana, Fantom, Terra, and Binance Smart Chain already rule the market and more competitors are popping up every day.

All of these networks are focused on the retail part of the DeFi market. This clears the path for Kadena, which was created to make blockchain work for businesses at the speed, scale, and efficiency other business-focused networks are unable to provide currently.

Kadena was designed to provide real-world blockchain use cases for enterprises and entrepreneurs. It features the security of Bitcoin with virtually free gas and extremely low transaction fees, high throughput, as well as Pact — a secure smart contract language with built-in bug detection.

This is possible thanks to the unique design of Chainweb, Kadena’s public blockchain network. Chainweb is a new parallel-chain proof-of-work architecture comprised of braided chains that all mine the same native cryptocurrency. All of these braided chains are able to transfer liquidity between each other and can offer an extremely high throughput without increasing the overall hash power of the network. The company claims that Chainweb has the potential to grow to at least 1,250 chains, each executing upwards of 10,000 transactions per second.

Its design was based on a combination of Bitcoin’s Simple Payment Verification capability (SPV) to Kadena’s programmable smart contracts. Bitcoin’s SPV, also known as light client support, allows users to verify a particular transaction without processing the entire blockchain. In Chainweb, multiple blockchains run in parallel, with each able to mint different coins and exchange them trustlessly via SPV.

Chainweb chains all have the potential to be specialized for particular operations and developers are able to provision their throughput requirements by choosing which chain to run their smart contracts on.

These smart contracts are written in Pact, a language specifically designed to implement high-value business workflows on a blockchain. Most smart contract programming languages, including Ethereum’s Solidity, lack features that can support  day-to-day operations of applications such as enforcing business rules, modeling and maintaining database schemes, or authorizing users to perform sensitive operations.

Pact is a human-readable and computer-verifiable language, making it accessible for both developers and non-developers.

A snapshot a payments contract on Kadena written in Pact

The enterprises that Pact was designed to attract can also benefit from Kuro, Kadena’s Layer-2 private blockchain.

Kuro has been proven to support up to 8,000 transactions per second across 500 nodes, so far, and is available for evaluation on AWS and Azure. Although, Kuro primarily provides enterprises with the benefits of blockchain without the openness of public networks, it can also effectively be used as a side-chain to a public blockchain to speed up transaction processes and create new marketplaces for data.

Like Ethereum, Kadena is based on a native cryptocurrency called KDA which is used to pay for computations on the network. Miners on the network are compensated with KDA for mining blocks and users pay fees in KDA to have their transactions included in a block.

The total supply of KDA is fixed at 1 billion tokens set to be mined over 120 years.

The overall emission of the Kadena platform happens through two separate processes: mining and the release of allocated tokens.

The majority of the overall emission happens through mining, which is incentivized by rewards that slowly decrease over time. Similar to mining rewards on the Bitcoin network, this decay continues over a period that lasts over 100 years.

Graph showing the mining emissions on Kadena from 2021 to 2040 (Source: Kadena)

The other source of tokens on the Kadena network comes from pre-allocated tokens defined in the genesis block—the first block on each Kadena chain that all subsequent blocks are mined from. This emission also decreases over time, which is a change Kadena introduced in 2021 to balance its ability to develop the platform, while simultaneously ensuring that token emission supports a healthy economy.

Kadena’s overall token allocation model remained unchanged and totals 990 million coins. The 10 million difference between its 1 billion theoretical supply and 990 million real supply is due to a huge token burn that took place during the network launch. The 10 million tranche was supposed to be allocated to a strategic fund but was scrapped before launch.

Investors, contributors, and the strategic fund received a 90 million allocation or 6% of the supply. This will be distributed to Series A and Series B investors, ecosystem initiatives, future sales, and contributors such as employees, consultants, and advisers.

Kadena was founded in 2016 by a team of blockchain and cryptocurrency veterans, all of whom left their spots at leading institutions and organizations working on blockchain tech.

Prior to founding Kadena, Stuart Popejoy led JPMorgan’s Emerging Blockchain group. The network’s co-founder Will Martino was recruited from his role as the tech lead at the U.S. Securities and Exchange Commission’s Cryptocurrency Steering Committee.

Will Martino (left) and Stuart Popejoy, the founders of Kadena

Kadena held four funding rounds since its inception in 2016 and is backed by Multicoin Capital, Primitive Ventures, INBlockchain, Susquehanna International Group (SIG), Compound, and a consortium of other notable VC investors.

Dr. Stuart Haber, the co-inventor of blockchain technology and the most cited author in Satoshi Nakamoto’s Bitcoin whitepaper, is a member of Kadena’s advisory team, alongside other established names in the industry.

Dr. Stuart Haber (right) and his partner Scott Stornetta discussing their ‘time-stamp’ for electronic documents, which they developed 20 years before Bitcoin was born

Kadena has formed a long string of partnerships with some of the biggest and most recognizable companies — both in Web2 and Web3 spaces.

Microsoft Azure, which is Microsoft’s proprietary cloud computing service, has partnered with Kadena to help in the network’s push to break into the enterprise blockchain space.

Some of the networks and companies Kadena has partnered with (Source: Kadena.io)

To further increase its cross-chain interoperability and provide its users with a seamless, enterprise-focused network, Kadena has also partnered with leaders in the DeFi industry. In 2020, the company added Terra to a long list of its partners, which include Celo, Polkadot, Chainlink, Cosmos, Maker, API3, and others, with more to be added in the coming months and years.

To provide the security and throughput demands financial services clients require, Kadena runs on a proof-of-work (PoW) consensus mechanism found in Bitcoin, rather than proof-of-stake (PoS) like the rest of the DeFi market.

To achieve high scalability without sacrificing security, Kadena braided together multiple Bitcoin-like chains. It consists of a Layer-1 public blockchain protocol called Chainweb and a Layer-2 protocol called Kuro. Both layers are interoperable through their smart contract language, called Pact. Unlike most smart contract programming languages, Pact is a human-readable and Turing Incomplete language purpose-built for blockchains.

Since its inception, Kadena has been transparent with its plans and achievements. The platform has so far completed nearly half of the plans it laid out in its 2022 roadmap. Since the beginning of the year, it launched Kadena Eco, an innovation network designed to fuel the hypergrowth of the Kadena ecosystem, and launched mainnet 2.21 for Chainweb.

It listed the KDA coin on major exchanges such as Binance, OKEx, and OKCoin, publishing new and improved developer documentation in the meantime.

By the end of 2022, Kadena plans on achieving additional exchange listings, both in the U.S. and around the globe. The Kadena ecosystem will also see the first DEX launch on the platform and the introduction of wrapped native tokens (kBTC, kETH, kUSD).

Marmalade, a Kadena-native NFT standard, is also set to be released this year, along with a Kadena-Cosmos IBC Bridge testnet.

Kadena has set out to achieve quite an ambitious goal.

With a combination of public and private networks, it targets a huge portion of the market that has the potential to get saturated with similar products by the time Kadena reaches its full functionality.

There is also the question as to whether the network can actually achieve everything it set out in its roadmap. Its ambitious 120-year mining reward release program might make it attractive to enterprises looking for the benefits of blockchain technology without the volatility, but could push it away from younger startups looking to build on platforms with a bigger network effect.

Kadena has established partnerships with some of the most notable networks on the market and is set to introduce cross-chain transfers, however, it is unclear how effectively it will be able to enable developers to port their dApps without rewriting their code.

Nonetheless, if the network targets enterprises new to the blockchain space it has the potential to see huge success on the market. Pact is the platform’s biggest strength as it’s the only network on the market that offers a human-readable programming language that completely demystifies smart contracts.

Its ability to enable businesses built on Kadena to eliminate transaction fees for their customers is a significant advantage over other enterprise-focused blockchains.

With impressive technology behind it and equally impressive ambitions, Kadena is a unique product in the blockchain space. The platform has the potential to become a go-to enterprise network as it demystifies smart contracts and enables businesses to seamlessly transition into blockchain without having to bear the security and volatility risks usually associated with the technology.

If the platform manages to deliver a good portion of the goals it laid out in its roadmap for 2022 it could see itself grow to become a more significant player in the broader crypto market. 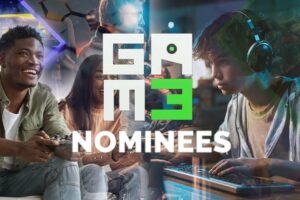 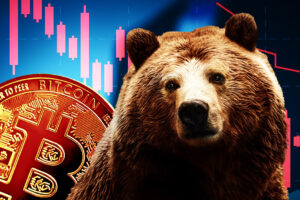 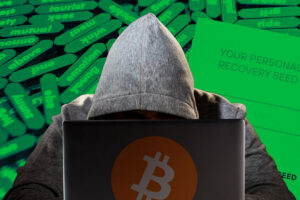