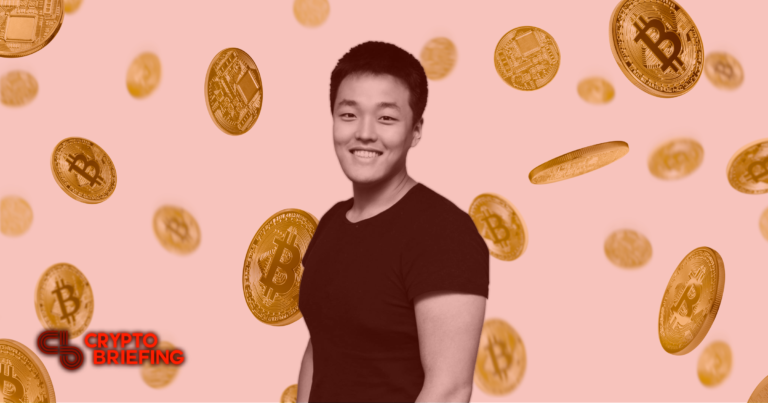 Do Kwon wants to dump Bitcoin to zero because he has realized that Terra is destined to fail, anonymous sources have said.
Kwon reportedly enlisted the help of a group of Bored Ape hackers and 0xSifu to acquire Satoshi Nakamoto’s seed phrase to get access to his Bitcoin.
Several Layer 1 networks have tanked on the news, while blue chip NFTs continue to trade at record highs.

Kwon reportedly said that if UST fails, the broader crypto market should fail with it.

Terraform Labs CEO Do Kwon is planning on dumping his bags to zero, sources have confirmed.

According to multiple sources, the Korean entrepreneur decided he wants to crash Bitcoin and the broader crypto market on the realization that Terra’s Ponzinomics model is unsustainable. “He kept going on about how the failure of UST is equivalent to the failure of crypto itself and that no one would be able to stop him from crashing Bitcoin because their size is not his size,” a source familiar with the matter told Crypto Briefing. “Then he posted a bunch of tweets about how anyone who wasn’t a LUNAtic was coping on the left side of the curve.”

The revelation comes after Kwon, who’s been living in Asia his whole life to avoid U.S. regulations, was praised for reviving crypto’s biggest bull market in history in Q1 2022. Kwon took the market out of Goblintown by accumulating whale-sized stacks of Bitcoin via the Luna Foundation Guard, an organization established to stop Terra’s UST from meeting the same fate as every other algorithmic stablecoin. His conviction in Terra and the broader market’s strength was so high that he bet $11 million with two veteran traders that LUNA would hold above $88 by March 2023.

The Luna Foundation Guard recently became the world’s second-largest Bitcoin holder, which isn’t enough to crash the market alone. However, Kwon has reportedly enlisted a group of hackers who stole more than 500 Bored Ape Yacht Club NFTs to get access to Satoshi Nakamoto’s Bitcoin wallet, which contains 1 million coins—around 5% of the supply. The hackers say that they and 0xSifu found Satoshi Nakamoto on the Wonderland Discord server and convinced him to give his seed phrase away. Kwon believes that dumping the lot will be enough to cause major ripples in the market, one source said.

A group of ardent Bitcoin bulls has established a plan to stop Kwon from tanking the market. According to documents seen by Crypto Briefing, Nayib Bukele, Adam Back, Cathie Wood, and Michael Saylor have created a group called the Bitcoin Maximal Bid Trust to front-run Kwon’s selling. Saylor’s MicroStrategy has supposedly collateralized more than 100,000 Bitcoin, as well as his multi-million dollar property portfolio and two superyachts, via Silvergate Bank to borrow money to buy a “swarm of cyber hornets,” which is likely a reference to the top crypto asset (Saylor, known for his lack of interest in anything other than accumulating Bitcoin, has somewhat bizarrely likened Bitcoin to a swarm of cyber hornets on multiple occasions in the past).

Bukele, meanwhile, has reportedly allocated more than $1 billion dedicated initially to El Salvador’s first Bitcoin bond. Sources said that he plans on using the 10-figure sum to buy the latest dip via his iPhone. Anthony Pompliano has also reportedly put The Best Business Show on hiatus to restart the Bitcoin pizza venture he launched last year; the funds raised will apparently go toward buying spot Bitcoin.

Various other networks have been hard-hit by the news. Ethereum, which this week postponed its Proof-of-Stake upgrade until 2028 so that the Ethereum Foundation can dump another multi-million dollar bag of ETH at the next market top, has suffered due to widespread uncertainty over crypto’s future as an asset class. 0xSassal, a pseudonymous Ethereum devotee best known for hosting The Daily Wei podcast, told Crypto Briefing that he was considering following through on his promise to perform a dance to save ETH from the downturn (he memorably committed to a dance when ETH surged to a new all-time high in early 2021, but then backed out with no explanation as to why). “It’s looking bleak out there, so I was thinking of just posting it as a Twitter video,” he said in a Telegram message. “On the plus side, although ETH is tanking, I have a pretty decent collection of figurines I’ll be able to dump if I need any spare cash. And as there are so few people using Ethereum now, gas fees have dropped below $200 again.”

Solana, touted as “the world’s most performant blockchain,” was hit by another clog early Friday as users began to panic. Sources say the Solana team has developed a plan for the blockchain to turn itself off and on again to get it working. Cardano has been spared because no one uses it, while Cosmos, crypto’s self-described “Internet of blockchains,” continues to trade in a year-long sideways channel.

While the dip has shaken most crypto holders, some more bearish market participants say they anticipated that this moment would arrive. One of the multiple identities tied to Degen Spartan’s Twitter account told Crypto Briefing that he’s pleased to see the market panicking because he derisked years ago. “I’ve been sitting in stables since Bitcoin dumped from $19,000 in 2017,” he said. “It’s difficult for me to have sympathy for anyone because it was obvious that everything was going to zero when Su Zhu hinted that he was long the other day.”

Interestingly, one section of the crypto market appears to be trading largely uncorrelated with Bitcoin. Despite the looming threat of a crypto nuclear winter, several NFTs have hit all-time high floor prices this week. One source told Crypto Briefing that the hackers Kwon has enlisted have opted to hold onto their apes to keep the red hot market afloat. “It benefits them if apes keep soaring, and they insist that they’re in it for the culture. One of them told me ‘we like the JPEGs’ when I asked why they hacked so many users,” the source said. The NFT market may not sustain its highs for long, though. Analysts told Crypto Briefing that the only reason many so-called blue chips—Bored Ape Yacht Club and Azuki among them—are rallying is that insiders scooped them up to get in on their recent airdrops. Now that token distributions have commenced, they’ll soon dump them on the same people they front-ran, the analysts explained.

Disclosure: At the time of writing, the author of this piece owned ETH, ATOM, and several other cryptocurrencies.

Bitcoin has reached a crucial resistance area after surging by nearly 19% over the past 10 days. However, it remains to be seen whether the top cryptocurrency will have the…

Speculation is mounting around Terra’s LUNA token after the Luna Foundation Guard added another stack of Bitcoin to its reserves. Terra Makes New All-Time High Terra is soaring again. The…

Terra’s Founder Is Betting Millions on LUNA Holding Its Highs