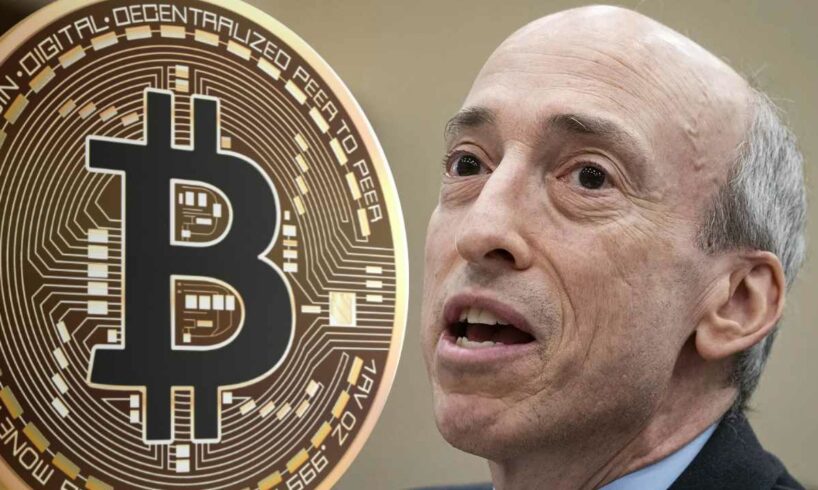 The chairman of the U.S. Securities and Exchange Commission (SEC), Gary Gensler, says bitcoin is a commodity. He emphasized that the SEC, the Commodity Futures Trading Commission (CFTC), and banking regulators will collaborate to oversee the crypto sector.

Gary Gensler: Bitcoin Is a Commodity

“This is a highly speculative asset class. We’ve known this for a long time,” Gensler said when asked about cryptocurrency. Citing the “ups and downs of this speculative asset class,” he explained that when people invest in “bitcoin and hundreds of other crypto tokens,” they hope for a return, “just like when they invest in other financial assets” that are securities.

Chair Gensler stressed that many of these “crypto financial assets” have “the key attributes of a security.” He added: “Some of them … are under the Securities and Exchange Commission.” In contrast, citing what his “predecessors and others have said,” he described:

Some, like bitcoin, and that’s the only one I’m going to say … are commodities.

The SEC chief noted that besides BTC, he is not going to discuss other crypto tokens specifically.

Gensler’s statement agrees with the chairman of the Commodity Futures Trading Commission (CFTC), Rostin Behnam, who said last month that bitcoin (BTC) is a commodity. However, Behnam further said ether (ETH) is also a commodity.

Bitcoin proponents welcome Gensler’s clarification. Digital assets manager Eric Weiss tweeted: “Gensler is the 2nd consecutive SEC Chair to declare that bitcoin is a commodity, making it all but impossible for this classification to be altered in the future. Very significant indeed.”

The pro-bitcoin CEO of Microstrategy, Michael Saylor, opined: “Bitcoin is a commodity, which is essential for any treasury reserve asset. This allows politicians, agencies, governments, and institutions to support bitcoin as a technology and digital asset to grow the economy and extend property rights and freedom to all.” The Nasdaq-listed software company has amassed 129,218 bitcoins for its corporate treasury.

Gensler proceeded to comment on the SEC collaborating with other federal regulators to oversee the crypto sector, including the CFTC and banking regulators. He emphasized that many crypto tokens are currently trying to operate in a non-compliant way.

Last week, Gensler proposed “one rule book” for the regulation of the crypto sector.

During the interview Monday, Cramer brought up Fidelity Investments allowing bitcoin as an option for 401(k) plans — the decision that has troubled the Labor Department. The Mad Money host asserted that it makes people “feel very comfortable with the asset that is bitcoin.” He asked Gensler, “are we too comfortable” with bitcoin?

In the U.S… we have market regulators like the CFTC and the SEC to help protect the public against fraud and manipulation in the markets.

Gensler added that there are currently thousands of crypto tokens that do not comply with the laws, noting that when a group of entrepreneurs is selling something to the public, there must be “full and fair disclosures.” The chairman stressed: “That’s what the SEC does. That’s what we do really well.”