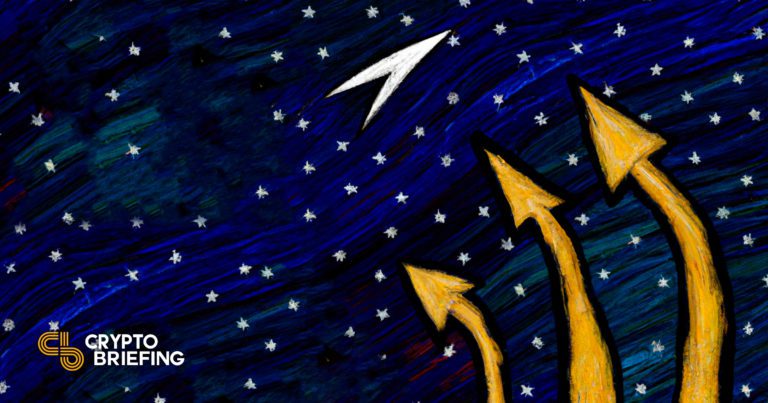 The contagion from Three Arrows Capital’s ongoing liquidation could spread to its associated NFT fund, Starry Night Capital.
Starry Night Capital was founded in August 2021 and sought $100 million to invest in high-end NFTs.
Whether Starry Night will be forced to sell its collection is not yet clear, but a liquidation would likely result in a huge realized loss for the fund.

Crypto Briefing explores whether Starry Night Capital will be forced to liquidate its prestigious NFT collection and the impact that such an event could have on the NFT space.

The troubled crypto hedge fund popularly known as 3AC first roused concern in the crypto community in early June as rumors circulated online that it had failed to meet margin calls on several of its loans. On Jun. 17, Kyle Davies, who co-founded the firm with his high school classmate Su Zhu in 2012 told The Wall Street Journal that the fund was considering asset sales and a potential bailout in order to pay off its debts. He also revealed that it had lost over $200 million in Terra’s collapse and the subsequent market meltdown.

It soon became apparent that 3AC was facing a severe financial crisis, leaving the fund with few options besides drastic restructuring. On Jun. 27, Voyager Digital issued the firm with a $665 million notice of default. A British Virgin Islands court then ordered the firm to liquidate its assets. 3AC filed for Chapter bankruptcy in New York last Friday.

Teneo Restructuring, the firm tasked with liquidating 3AC, is leaving no stone unturned in its investigation of the fund’s illiquid wealth. Last week, it was widely reported that Zhu had privately listed a Singapore property he and his wife had purchased for $35 million and assigned to their three-year-old son in December 2021. As liquidators turn their attention to 3AC’s assets, Starry Night Capital, the NFT fund set up by the firm’s founders last year, could become their next target.

Starry Night Capital was launched by Zhu and Davies in partnership with the pseudonymous NFT collector VincentVanDough. Making its public debut at the height of a period of speculative NFT mania on Aug. 30, 2021, the fund aimed to raise $100 million to invest in rare pieces from popular, sought-after collections, along with unique, culturally significant, one-of-a-kind works from prominent NFT artists.

Before Starry Night officially launched, 3AC had been using its own funds to collect Art Blocks NFTs from acclaimed generative artists such as Tyler Hobbs and Dmitri Cherniak, along with works from other in-demand collections like CryptoPunks. 3AC’s purchases pushed the floor prices of many of these collections to new highs; as on-chain data revealed that the firm had bought into top-tier collections like Ringers and Fidenza, other collectors rushed to copy trade them, helping their prices soar.

However, the firm’s biggest purchase was yet to come. On Aug. 27, the fund shocked NFT enthusiasts worldwide when it purchased Ringers #879 for 1,800 ETH (worth roughly $5.9 million at the time) from fellow collector Peter Molick, known in the NFT space as pixelpete. Flexing the purchase to his Twitter followers, Zhu tweeted a picture of the striking NFT with the caption “Thesis: we like the Goose.”

The Ringers #879 sale was a record-breaker for OpenSea NFT sales at the time. But 3AC didn’t stop there. Under the Starry Night Capital banner, Zhu, Davies, and VincentVanDough continued to spend big on NFT art. The fund’s notable purchases included “Pepe the Frog NFT Genesis” bought for 1,000 ETH, XCOPY’s “DANKRUPT” bought for 469 ETH, and Robbie Barrat’s “AI-Generated Nude Portrait #7 Frame #184” bought for 300 ETH.

With so many unique, one-of-a-kind pieces, it’s difficult to put a value on Starry Night’s collection at its peak. CoinMetrics researcher Kyle Waters estimates the fund spent over $21 million on the NFT platform SuperRare alone. Adding the thousands of ETH Starry Night dropped on other marketplaces like OpenSea, the total spend comes closer to the $100 million the fund reportedly started with.

Despite on-chain evidence showing Starry Night making millions of dollars worth of NFT purchases, only one firm has publicly announced investing in the fund as part of its $100 million raise. KR1 PLC, a European digital asset investment company, reportedly staked $5 million in Starry Night Capital to gain exposure to the fund’s portfolio of high-value NFTs. With this in mind, it’s unknown how much of Starry Night’s liquidity came from 3AC and its founders, and how much was provided by external investors.

As news of Three Arrows Capital’s liquidity issues made the rounds on social media in June, onlookers kept a close watch on the firm’s affiliated projects to look for signs of contagion.

The first hint that Starry Night could be facing issues came on Jun. 15, when Waters pointed out on Twitter that the fund had moved its entire collection of NFTs acquired through SuperRare to a new address. “The new wallet seems to have some linkage to other 3AC wallets but it’s unclear so far what’s going on,” Waters said, speculating that the transfers could have been done in preparation for liquidation or over-the-counter sales to another party.

As the details of the relationship between Starry Night and 3AC remain unclear, onlookers have been left to speculate over the fate of the fund’s NFT. Some, such as amatus’ Head of Trading Strategies John Hartery, assert that Starry Night’s assets are siloed, meaning it would be unlikely that they could be used to service 3AC’s debts. While 3AC launched Starry Night, it’s likely that the proceeds from any NFT sales would be distributed to the fund’s liquidity providers rather than 3AC’s creditors.

However, if 3AC contributed a significant amount of liquidity to Starry Night, liquidators could force the sale of some of the fund’s NFTs to make its stake liquid. To avoid such a situation, another party would likely need to reach an agreement to buy 3AC’s stake from them directly. Under the current circumstances, it seems unlikely that Starry Night’s NFTs will be liquidated in the immediate future. However, the opaque nature of the fund’s contracts and backing, paired with the recent wallet movements, means a sell-off cannot be ruled out.

If Starry Night does ever sell any of its NFTs, the collection has some way to go to reach its previous purchase value, particularly given recent market conditions. Many of the fund’s NFTs have some historical significance or derive their value as unique examples from popular collections. When Starry Night bought pieces such as “Pepe the Frog NFT Genesis” and AlphaCentauriKid’s “til death do us part,” it likely did so with the thesis that the crypto space would grow exponentially over the next few years, meaning early examples of unique NFT art could become highly sought after. In the past, 3AC has discussed how it typically adopted a long-term outlook for its investments. Similarly, it’s unlikely Starry Night had any intention of selling pieces from its collection for many years—if ever.

Starry Night launched during crypto’s so-called “NFT summer,” and the floor prices of most of the NFT collections it invested in have since plummeted in ETH terms. ETH has also dropped in dollar terms, meaning NFTs that previously hit dizzying valuations are now trading for fractions of their all-time highs. In the current market downturn, a forced liquidation would almost certainly result in a significant realized loss for Starry Night and bring an untimely end to the fund’s pioneering investment strategy.

In the event that Starry Night is ordered to liquidate, it could potentially provide other collectors a once-in-a-generation opportunity to buy some of the most coveted NFTs on the market at heavily discounted prices. However, such an event would also send shockwaves through the NFT space, likely pushing down the floor prices for collections that Starry Night is heavily exposed to. While 3AC works through its liquidation, the NFT community will have to wait to see if one of the world’s most prestigious NFT collections will fall victim to what is arguably the harshest crypto bear market to date.

Neither Three Arrows Capital, Starry Night Capital, nor VincentVanDough had responded to Crypto Briefing‘s request for comment at press time.

Disclosure: At the time of writing this feature, the author owned BTC, ETH, and several other cryptocurrencies.

Will Ethereum Be Vulnerable to Censorship After the Merge? 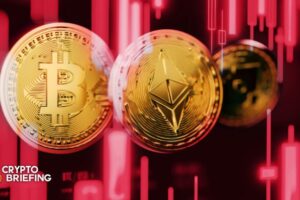