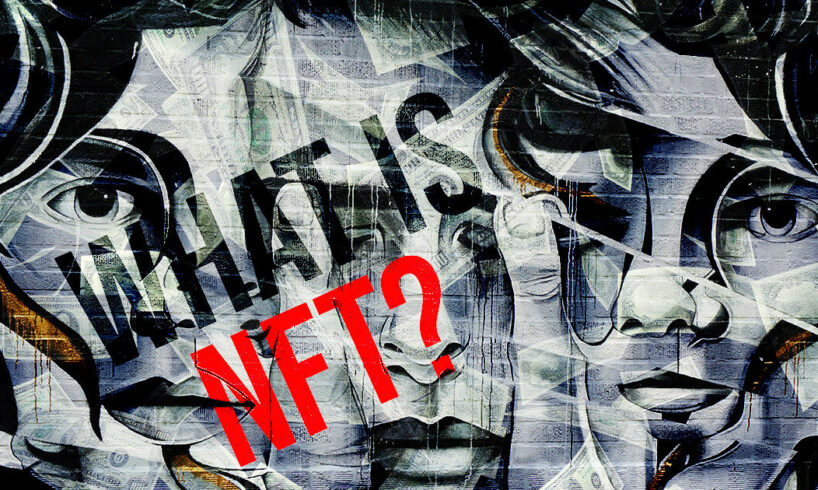 Managing editor of Bloomberg Crypto, Stacy Marie Ishmael, and her guests, Bloomberg reporter Emily Nicolle and Ph.D. student Florence Smith Nicholls talked about online identities and the emergence of SimpDAOs as a way to monetize them in a recent episode of the Bloomberg Crypto podcast.

Ishmael stressed the importance of the subject by saying:

“Experimenting with who you are online, especially if those identities are really different from how you present to the analog world is not a totally new concept. […] It’s no surprise that folks are using crypto and blockchain to play with their self-expression

But some folks are using blockchain-enabled structures to monetize these experiments with identity, including their gender presentation.

These DAOs have been increasing in numbers since January 2022. They can be established by the influencer themselves to monetize their online identity, sexually or platonically, or they could be set by a third party who doesn’t seek permission from the influencer.

The term comes from Simping- a slang term used to describe someone who has intense sympathy towards someone else. In the case of SimpDAOs, the members, or “simps,” are usually men willing to express their admiration toward a female influencer.

One of the first and most popular SimpDAO, IreneDAO, is an excellent example of the SimpDAOs launched with the influencer’s blessings.

The IreneDAO was established by the 28-year-old influencer Yuqing Irene Zhao. After Zhao created a line of stickers for her fans to use on their Telegram group, one member suggested she mint them as NFTs.

Upon her agreement, her fan community tokenized the stickers and created 1,106 piece NFT line, and all sold out within minutes. Prominent names like Galaxy Investment Partners’ CEO Mike Novogratz and famous YouTuber Logan Paul also bought her NFTs.

IreneDAO is an example of a female influencer using crypto mechanics to create a community and an income stream for themselves. In such instances, fans can participate actively in the DAO or contribute to the influencers’ reputation by deciding on what projects they should take on or not.

Zhao commented on the success of her SimpDAO and told Bloomberg:

“Fans can come up with very structured advice, like how I should do the DAO, how I should position myself in the space, or whether I should still take adverts on Instagram. Without IreneDAO, I wouldn’t even have this chance to interact with them,”

IreneDAO offers an entrance to the fan community and the governance of the DAO itself. Some influencers establish SimpDAOs to sell a chance to video-meet their fans, while some also carry sexual connotations.

So far, SimpDAOs don’t appear to be concerning. The concept gets tricky when the owner of the DAO is not the influencer themselves. Unfortunately, such SimpDAOs have been on the rise too.

Often, these unauthorized SimpDAOs are launched using influencers’ identities like the example of PokiDAO, a SimpDAO established for Twitch streamer Pokimane. However, there are SimpDAOs for globally famous names like Elon Musk, Dua Lipa, or Zendaya.

Most of the owners of such SimpDAOs also argue that what they’re doing is not wrong. They often adopt a simple fan group doctrine. For example, Dua Lipa’s SimpDAO says “For The Simps, By The Simps” in their Twitter header.

Another example comes from the unauthorized SimpDAO of influencer Belle Delphine, who became globally famous when he sold her bath water to her fans. The owner of the BelleDAO admitted that Delphine was not included in the project and said:

“I think nothing to do with Belle Delphine, just using her pics.”