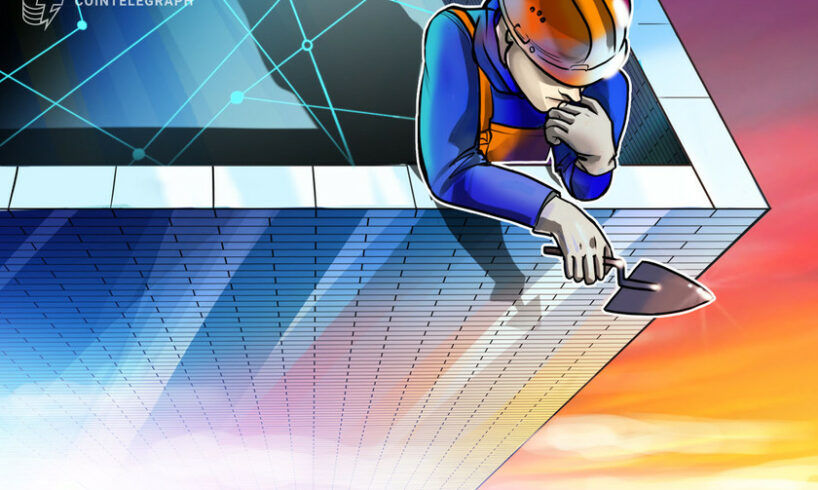 A July 9 post by @PricedinBTC on the “cost to mine Bitcoin” in the United States gathered the crypto community’s attention, especially considering the recent headlines that BTC miners have made. The crypto bear market and growing energy costs have caused a perfect storm for the mining sector and this has led some companies to lay off employees and others to defer all capital expenditures. Some went as far as raising concerns of Bitcoin miners hitting a “death spiral.”

In bear markets like this, inevitably a Bitcoin critic comes out and says that Bitcoin will soon collapse from a “miner death spiral”, meaning that miners will go offline because it is not profitable to run their operations, and then Bitcoin’s hash rate will fall, causing its…

However, Raymond Nasser, the CEO of Arthur Mining, a professional mining company operating in the United States told Cointelegraph that their margins don’t full concur with the data from @PricedinBTC.

Cost to mine 1 #bitcoin in every U.S. state pic.twitter.com/JKug0KtGVq

Arthur Mining’s current capacity is 25 megawatts (MW) and the company focuses on environmentally friendly energy sources. At first, one could dismiss their numbers as listed companies like Marathon Digital Holdings have 300 MW plants, but these rely on the traditional grid energy — even if a portion of the power originates from hydro-electric plants.

Regarding the $16,000 production cost for miners, Nasser said:

“These diagrams are extremely subjective. The biggest new projects in the industry are looking for off-grid solutions, and this diagram represents some of the most expensive on-grid energy costs used in urban areas. Our all-in energy costs are lower than $0.02 kWh in two different U.S. States.”

Electricity costs have doubled in the past year

Data from QuickElectricity shows that from March 2022 commercial electricity costs per kilowatt/hour (kWh) ranged from $0.08 to $0.09 in the U.S. state of Idaho, Utah, Virginia, Texas, Nevada, North Dakota, Nebraska and Oklahoma.

One of the strong points of the Bitcoin network is that it prioritizes efficiency, meaning, the labor intensive production process will always seek out the lowest operational costs and shift toward that. ASIC mining equipment is mobile, but more importantly, there is optionality for other energy sources. For example, these machines can be installed in containers, shipped to offshore oil and gas structures, and work with oscillating power sources.

Earlier this year, CNBC explored how renewable energy is used in the Bitcoin mining process and to date, Giga Energy Solutions, a natural gas Bitcoin mining company, have signed deals with more than 20 oil and gas companies, four of which are publicly traded.

Regardless of the energy source, miners have been struggling with their balance sheets. Besides the impact of lower Bitcoin prices, financing has been a major hurdle across the industry. A July 7 Cointelegraph report examined how industrial-size Bitcoin miners owe some $4 billion in loans and some have been forced to liquidate their BTC holdings to cover capital and operational costs.

But not every mining company has access to traditional long-term bank financing. Thus, those firms created a riskier debt structure by offering their miners and infrastructure as collateral. As Bitcoin price plunged, so did the mining equipment prices, and in turn, worsening their financing conditions when they needed the most.

“We have always mitigated our convexity exposure by immediately reinvesting or liquidating our bitcoin balances on a weekly basis. We understand that with 70%+ ebitdas and high efficiency in most cases, being overly greedy by holding Bitcoin reserves can break your operation and cost you jobs, like we have seen in the past month”.

The mining industry has a problem, but its impact is limited

The industry clearly has a problem, but this could simply be a reflection of its infancy. Still, the impact of miners selling more Bitcoin than they have mined over the past couple of months may be creating additional pressure on the price of BTC.

This never-ending cycle reinforces the “death spiral” theory, but this oversimplification fails to consider that miners simply shut down their machines below a certain price threshold and that many will locate to areas with cheaper electricity costs or even seek out renewable options.

Although lowered mining activity effectively poses a short-term risk as the network becomes less secure, this risk is overstated because Bitcoin’s difficulty adjustment increases operational miners’ profitability. In short, the Bitcoin mining business does not pose a systemic risk for BTC price.

The views and opinions expressed here are solely those of the author and do not necessarily reflect the views of Cointelegraph. Every investment and trading move involves risk. You should conduct your own research when making a decision.