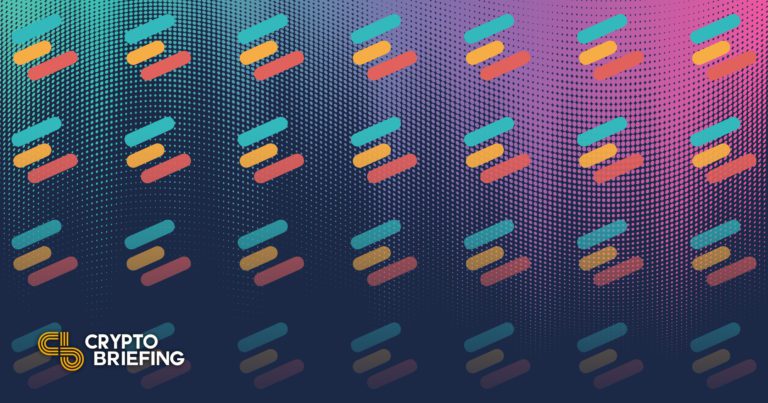 Euler Finance is a second-generation DeFi lending protocol custom built to allow permissionless lending and borrowing of long-tail crypto assets.
Euler has innovated and built a number of novel DeFi features, including asset tiers, reactive interest rates, risk-adjusted borrow factors, Dutch-auction liquidations, protected collateral, and batch transactions.
On Euler, anyone can create a money market for any crypto asset with an ETH liquidity pair on the Uniswap V3 decentralized exchange.

Euler Finance is a second-generation money market protocol that introduces a number of innovations to the DeFi space to enable permissionless lending and borrowing of crypto assets. It’s designed to maximize capital efficiency and minimize the risks associated with the long tail of the market.

To understand Euler’s unique value proposition, it’s worth exploring DeFi’s current lending landscape. Today, the two dominant decentralized lending protocols are Aave and Compound. Together, they capture about 50% of the total market share, respectively holding about $6.06 billion and $2.79 billion in total value locked. Users looking to earn interest on their crypto assets can deposit them into Aave or Compound’s liquidity pools to make them available for borrowing. On the other hand, users looking to short crypto assets or take on additional leverage use these lending protocols to borrow.

Compound and Aave focus on enabling lending and borrowing for a small number of crypto assets. The tokens available in both protocols are generally deemed as some of the safest on the market. Neither protocol was designed to handle the risks associated with more volatile, illiquid crypto assets. Instead, both protocols rely on a permissioned listing system whereby any new tokens aspiring to get listed must first be approved by governance through voting.

While this somewhat conservative approach has its benefits, it leaves a vast portion of the conceivable lending and borrowing market completely unserved. This is where Euler comes in. Euler is a permissionless money market protocol designed to serve the extensive long-tail end of the market. On Euler, every token with an ETH liquidity pair on Uniswap V3 can be listed and made available for borrowing and lending.

Crypto Briefing connected with Euler Finance co-founder and CEO Michael Bentley to learn about the protocol, and he began by highlighting the protocol’s support of riskier assets. “Euler was designed with lots of innovations to increase capital efficiency and reduce risk. In particular, it was designed or custom-built to handle the risks associated with volatile, long-tail tokens,” he said. Since launching in December 2021, Euler has grown to support 74 assets. It currently holds around $200 million in total value locked.

While permissionless markets certainly benefit the industry, it’s worth underscoring that they also introduce a myriad of risks. Hence, Euler had to consider all of the perils and innovate during the building process.

To build a permissionless lending protocol that maximizes capital efficiency while mitigating potential risks, Euler came up with a range of innovative solutions.

By isolating the riskiest assets and restricting their use as collateral, Euler can allow permissionless listing and run money markets without endangering the whole protocol. First-generation lending protocols like Aave can’t take this approach because a potential liquidation cascade in one market could spill over to another and leave the protocol with bad debt. As a result, their listing requirements are much stricter.

Commenting on this design choice, Bentley said that it was essential if Euler was ever going to achieve its goal. “Whereas Compound and Aave act as gatekeepers over what assets users can lend or borrow because they depend on centralized oracles like Chainlink, we built on top of Uniswap,” he said. “You need a decentralized price oracle if you’re ever going to be able to offer permissionless lending and borrowing.“

Another feature that makes Euler unique among lending protocols is its implementation of reactive interest rates, which solve the problem of manually determining the correct parameters for every lending market. “We pioneered reactive interest rates that a few other protocols have now copied and implemented,” Bentley said, explaining that the feature works like a thermostat. He said:

“Reactive interest rates are a mechanism to increase the capital efficiency of lending markets. They work similarly to how a thermostat regulates the temperature in your house: you set the desired temperature and, if it’s cold outside, the thermostat turns up the heat; if it’s hot, it turns up the air con. Similarly, reactive interest rates aim to stabilize the utilization ratio of pools and therefore increase the capital efficiency of the protocol because lenders get a better value for money on Euler than elsewhere.”

Specifically, Euler uses a proportional–integral–derivative (PID) controller to amplify or dampen the rate of change in the interest rates depending on whether the utilization ratio for the specific lending market is above or below a specific utilization target level. In simple terms, instead of using static models that adjust a specific lending market’s interest rates based on the supply and demand for capital according to pre-set or hardcoded parameters, Euler uses a more flexible, reactive model that targets a specific utilization ratio, making the protocol more capital efficient.

Besides the collateral factors that determine borrowing capacity based on the risk profile of the assets, Euler has implemented a two-sided approach that also considers the risk profile of the borrowed assets or liabilities to mitigate the risks associated with the permissionless borrowing and lending of long-tail crypto assets. Explaining this feature, Bentley said:

“We’re extremely capital efficient in ways I think Compound and Aave aren’t. We have something called borrow factors, which enable the amount of borrowing power a user has to depend on both the asset they’re borrowing and the collateral they’re providing. If you think about it, for a lending protocol that caters to the long-tail end of the market, it only makes sense to consider the risk factor of the borrowed assets.”

Lenders on decentralized money markets can’t verify whether borrowers are creditworthy, which is why borrowing in DeFi tends to be overcollateralized. Lending protocols typically rely on so-called collateral factors that determine the amount users can borrow based on the risk profile of the assets they’re pledging as collateral. When the loan-to-value ratio drops beyond a certain threshold and starts approaching a point where it becomes insufficient to cover the borrowed amount, the position is marked for liquidation.

In first-generation lending protocols that only list less risky tokens, the loan-to-value ratio is decided based on the collateral’s risk factor alone. For example, if a user wants to pledge $1,000 worth of ETH as collateral to borrow wBTC, when the collateral factor for ETH is set (by governance) at 0.7, the user can only borrow $700 worth of wBTC. If the value of the ETH collateral drops to $700, or the value of the wBTC liability rises to $1,000, the position gets marked for liquidation.

While this system may work well when it comes to borrowing safer tokens, it doesn’t account for the risk of borrowing more obscure, riskier tokens. In response, Euler has implemented a two-sided approach that introduces borrow factors in addition to collateral factors.

On Euler, if a user has $1,000 worth of USDC, a stable asset with a high collateral factor of 0.9, and wants to borrow ETH, a more volatile asset with a lower borrow factor of 0.7, the user could borrow up to $630 worth of ETH. The amount is calculated by multiplying the USDC collateral by the two borrowing factors ($1,000 x 0.9 x 0.7). On Compound, which does not account for the risk factor of the borrowed asset, a user could borrow $900 worth of ETH ($1,000 x 0.9), putting their position at a higher risk of liquidation. For assets further to the right on the risk curve, Euler has even lower borrow factors. For example, the borrow factor for Synthetix’s SNX token is 0.28.

Speaking of liquidations, Euler has innovated in this vertical too. Specifically, instead of offering the borrower’s collateral to liquidators at a fixed percentage-based discount, as Aave and Compound do, Euler runs Dutch auction liquidations, which are far less punitive for borrowers and also eliminate gas wars between would-be liquidators.

Aave and Compound offer a fixed 5 to 10% discount for liquidations, so when the user’s collateral breaks past the liquidation price, those hoping to liquidate the collateral rush in at the same time to capture the premium. This leads to priority gas auctions as part of DeFi’s so-called MEV wars, which produces negative externalities for the broader ecosystem.

Euler’s Dutch auction process allows the size of the discount to increase depending on how underwater a position is. As different liquidators have different risk and reward expectations, they theoretically pick different times to liquidate, circumventing any need to wage gas wars. However, because miners or so-called “seekers”—agents specializing in MEV extraction—can front-run and steal a liquidator’s transaction, Euler incentivizes the borrowers to become liquidators by assigning them discount boosters. This gives the borrowers an advantage against front-runners by making them more profitable in the Dutch auction.

Unlike other lending protocols, Euler implements a special deposit category called protected collateral, which lets users deposit assets without immediately making them available for lending. By leveraging this feature, users can safely pledge governance tokens as collateral, knowing that other users won’t be able to borrow them to influence governance decisions or take short positions. Commenting on this feature, Bentley said:

“For assets like MKR or other governance tokens, people don’t deposit them on money markets because they’re worried people will borrow them to vote and manipulate the governance of these protocols. For this reason, we created a specially protected asset category where users can deposit an asset as collateral—but no one can borrow it. This way, we can have a normal MKR market and a protected MKR market where users can use MKR as collateral without worrying that anyone can use their tokens to manipulate the MakerDAO’s governance.”

Deferred liquidity checks, on the other hand, let users execute complex position management without being constrained by rigid collateral conditions. Where other lending protocols check an account’s liquidity at the start of an operation, Euler users can instruct the protocol to check it only once at the end of their operation. For example, instead of having to pledge collateral before borrowing, by deferring liquidity checks on Euler, users can borrow without pledging any collateral, perform an operation, and repay the loan within one transaction. This effectively allows users to execute free flash loans to build up leveraged positions, take advantage of arbitrage opportunities across DeFi, rebalance positions, execute complex trades, and so on.

Euler has also built a transaction builder inside the user interface that allows users to batch transactions and submit them all at once to save on gas fees. In addition, the protocol implements a clever way to simplify taking on leverage. For example, instead of asking users to execute multiple transactions on a loop to lever up, Euler lets them use the protocol’s mint function to conduct all of their activities in a single transaction. The mint function creates an equal amount of deposits and debts for an account, allowing users to lever up in one transaction via self-collateralized loans.

In a sea of forks and copycat protocols, Euler is one of the rare younger DeFi projects that truly stands out by introducing new features to the decentralized lending space. The key problem it solves—enabling a permissionless money market custom-designed for long-tail assets—has never been addressed in the space before. Euler’s usage data indicates that there’s a robust organic demand for such a product despite DeFi’s year-long bear market.

To that point, it’s worth noting that Euler is not necessarily a superior product to earlier lending protocols. Rather, it’s a different one that fills a gap in the lending market that other protocols missed.