Istanbul Blockchain Week founder Erhan Korhaliller discusses why Turkey is one of the hottest places for crypto – WORLD CRYPTO BUSINESS
You are here: Home Ethereum News 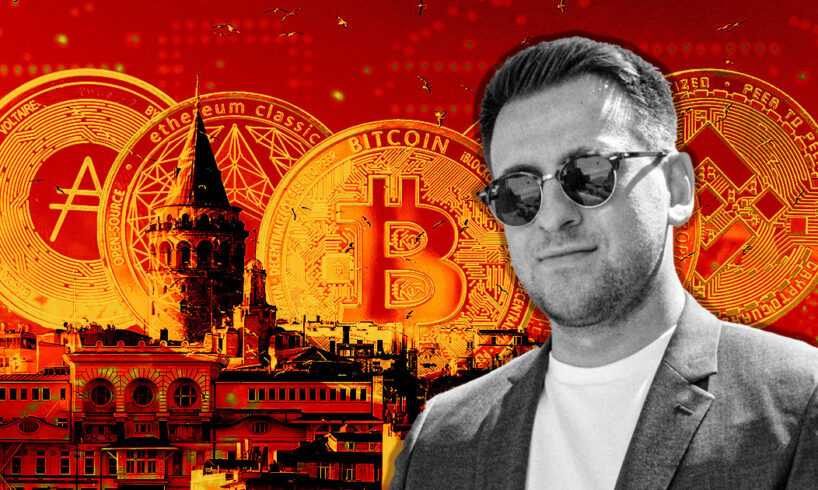 CryptoSlate had the opportunity to sit down with Erhan Korhaliller, Founder & CEO of EAK Digital, the web3 communications and events agency behind some of the industry’s most creative IRL events, as he puts plans together for the much anticipated Istanbul Blockchain Week.

Why is the Turkish market so hot for crypto?

Turkey has been fighting high inflation and interest rates for some time now, a long time before it started seeping into the international market. The official inflation rate of Turkey currently sits at 78.6% for the month of June; this has led Turkish people to look for alternative assets in which to preserve and expand their wealth.

Turkey also has a very successful mobile gaming market; in a recent report, it was stated that 79% of adults in Turkey play games, so people are used to swapping in and out of tokens and coins, and I suspect Turkey will play a key role in the upcoming surge of web3 gaming that we are going to see in the next few years.

What sectors of the web3 industry are particularly hot in Turkey right now?

Turkey has a huge amount of retail traders; this has led to many of the major exchanges building a Turkish presence, including Binance, Huobi and FTX, and more. In my discussions with exchanges, I have been told regularly that Turkey is in the top 2/3 markets for trading on their platforms. In addition to the international exchanges, there are big national exchanges currently posting huge volumes, such as BTC Turk and Paribu.

Turkey has always been a huge market for mobile gaming, and there continues to be an extremely large gaming community in Turkey that are ripe to be onboarded into web3. We plan to enable that at Istanbul Blockchain Week at our W3E championships, the world’s first Web3 gaming championships.

What inspired you to organise Istanbul Blockchain Week?

Other than my Turkish heritage, as the founder of EAK Digital, a web3 creative communications agency since 2017, we have partnered with many events as their PR partner as well as worked with high-profile clients such as Binance, XX Network, Theta Network, Neo, etc., as our agency grew our network grew with it. In 2019, I decided to explore the Turkish web3 events landscape and I was very disappointed at what I found.

There were no major events taking place in Turkey and the events I could find had questionable speakers and characters in the space typically known of shilling and questionable projects. In addition to this, the Turkish economy was struggling whilst adoption in the country was exploding. This inspired me to launch Istanbul Blockchain Week, the premier web3 event in Eurasia,  in which we invite real builders, educators, thought leaders and top business people both in Turkey and internationally to launch an event that Turkey can be truly proud of.

What is the current regulation for crypto in Turkey?

In Turkey, it is illegal to use crypto as a form of payment however it is not illegal to trade cryptocurrencies. Aside from this, they’re hasn’t been clear regulation guidelines set by the government. President Erdoğan said the legislation regarding crypto assets is ready for the parliament, with no clear date as to when this would come into practice. We are hopeful for regulations that allow for the space for innovation and growth to continue in the crypto asset space in Turkey.

What might surprise some people is that President Erdogan, after meeting with Tesla company CEO Elon Musk, announced that TOGG, the domestic car brand of Turkey, will cooperate with the Avalanche blockchain. He also stated that Turkey should be one of the leading countries in the Metaverse universe in January of this year.

What are the key highlight events of the Istanbul blockchain week?

The week kicks off with a 1 day NFT Day dedicated to all things NFT/Metaverse and gaming, this will be a highly curated lineup of leaders of the NFT space within Turkey and Internationally. We then move into the main event of the week, IstanBlock, which is a two-day event that will feature Turkish government speakers, large multinational companies, and of course, web3 heavyweight thought leaders.

Following the main event, we are extremely excited to be launching the W3E Championships, the world’s first Web3 gaming championship. We have a dedicated 600-seat E-Sports arena in Istanbul for the finals of the championship, which includes some of the top games in web3. Gamers must enter the qualifying tournaments for the championships taking place in August and September before the finalists descend to Istanbul for one final epic showdown.

Who are some of the headline names planning to speak at Istanbul Blockchain Week?

At this year’s Istanbul Blockchain Week, we are focusing on a number of different areas in the industry split across the different events. You can expect a whole host of speakers from leaders in web3 alongside mainstream web2 brands that are breaking into web3. Its been fascinating to watch the likes of Tiffanys and Adidas recently expand into web3 and we want to host events that facilitate such partnerships.

In addition, at IstanBlock, the flagship event of Istanbul Blockchain Week, attendees can expect leading figures in web3 and legendary figures like David Chaum, a legendary cryptographer and pioneer alongside top venture capital funds and institutions. We will also have a strong NFT/Gaming/Metaverse presence at NFT Day and the Web3Esports Championships with speakers expected who have worked on some of the biggest games AAA+ games to join the conversation.

At Istanbul Blockchain Week, we have a range of events that are suitable too many different profiles of attendees. Whether you are an NFT enthusiast, a major business/bank pivoting to web3, or an avid gamer, there is something for you.

Istanbul is an iconic historic city and the excitement for web3 is palpable, you only have to spend half a day in Istanbul to see how large it is here. Seemingly wherever you look there is a reference to crypto from advertising in the airport, local trams, and buses to physical exchange shops outside the famous Grand Bazaar.

The Turkish people are some of the most devoted and excited about web3 and cryptocurrency and the event is a major opportunity for projects who want to reach a new receptive audience or meet their existing Turkish community.