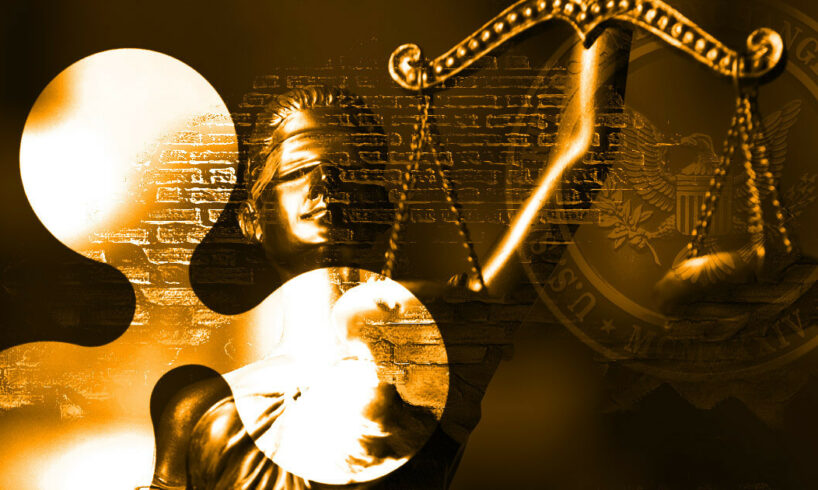 70,100 as of now. @GaryGensler & @SECEnfDirector over 70K #XRPHolders from diverse backgrounds from all 50 states, every U.S. territory, and 141 Countries around the 🌍 have joined together to fight 🆚 your unlawful expansion of Howey.

You will lose the war. https://t.co/FHr5HkUxOh

According to Deaton, the SEC’s decision to file a lawsuit against Ripple and its executives for violation of securities law has affected the value of XRP, thereby causing financial damage to the asset’s investors.

In his opinion, the impact of the SEC lawsuit on XRP is enough to cause action against the commission.

“If the SEC really believes XRP is an unregistered security, why are they allowing the sale of the token during an ongoing lawsuit?”

This shows you the absurdity of the SEC’s claims. The only reason Robinhood won’t list XRP is the pending case. XLM was born from XRP. The Stellar Foundation admits it’s sells XLM to operate w/no other purpose. The same founder. XLM has to be a security if XRP is, but it’s listed https://t.co/41lseEQ1xr

Meanwhile, Deaton, in an August 8 tweet, said Stellar Lumens (XLM) should also be classified as a security according to the SEC’s definition. According to him, “XLM was born from XRP,” and it has “the same founder.”

Update on Ripple vs. SEC

Meanwhile, the case between SEC and Ripple has continued and the commission has been accused of using “delay tactics.”

Crypto attorney James Filan accused the SEC of wasting the court’s time after the commission submitted a one-line response to the court saying it takes no position on Ripple’s request to reopen fact discovery.

#XRPCommunity #SECGov v. #Ripple #XRP The SEC has filed a one line response to the Ripple Defendants efforts to enforce Judge Netburn’s ruling on authentication of videos of SEC officials’ remarks. The SEC says it takes no position on Ripple’s request to reopen fact discovery. pic.twitter.com/AXU0XDYhSi

Ripple simply wants to authenticate 7 videos of SEC employees giving speeches and the SEC is messing around AGAIN with it (the SEC played games in responding originally last year).

Authentication is standard stuff in litigation and should not be this difficult. https://t.co/tUizICh18V pic.twitter.com/KSVQNLpQ82

Ripple had requested permission to serve subpoenas to the platforms holding the videos. But the SEC misinterpreted this as a request to reopen discovery which it is not.

“The SEC’s response is simply an abuse of the judicial process and a waste of the Court’s time, as evidenced by the fact that the SEC waited five days to file a one sentence response in which the SEC then misconstrued Ripple’s original request.”

The SEC’s response is simply an abuse of the judicial process and a waste of the Court’s time, as evidenced by the fact that the SEC waited five days to file a one sentence response in which the SEC then misconstrued Ripple’s original request. The original request is below. pic.twitter.com/xyUw93lv2Z