How the crypto industry is responding to the FTX collapse – WORLD CRYPTO BUSINESS
You are here: Home Ethereum News 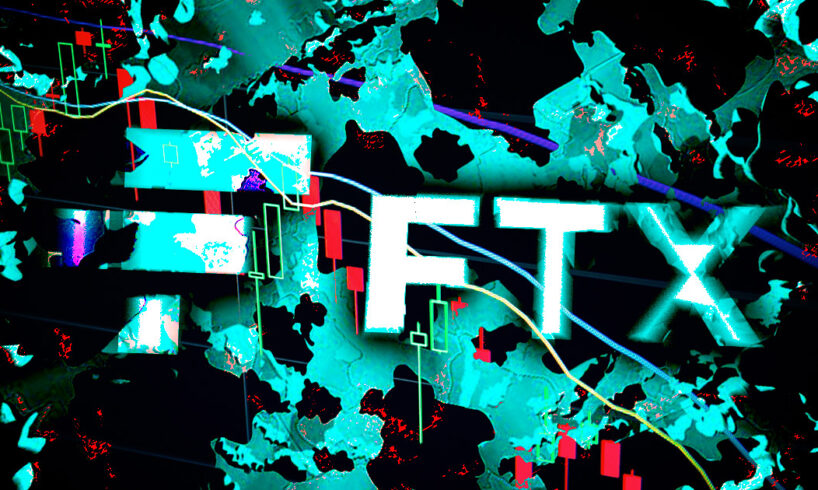 Millions of cryptocurrency traders who previously used FTX are left wondering if they’ll ever receive their funds after the exchange collapsed and subsequently filed for Chapter 11 bankruptcy.

It could take years for the digital asset industry to recover.

So is it all doom and gloom? Or is there some kind of positive takeaway behind the mess? To find answers to these questions, we need to take an accounting of centralized vs. decentralized risks.

As peer-to-peer digital money, Bitcoin is the reason the crypto market even exists. However, throughout its course of development, a CeFi layer has been built on top of digital assets, as new assets are seemingly created out of thin air. As such dubious value is spawned, it is crucial to understand the potential implications of such centralized infrastructure built on top of what was initially designed to be a decentralized system.

The collapse of FTX single-handedly removed $219 billion out of the total cryptocurrency market cap since November 7th within two days. That’s equivalent to Elon Musk’s entire net worth as of October 2022. And when it comes to SBF’s net worth, it appears he was never actually a billionaire.

In the most recent filing by FTX bankruptcy managers, 2021 tax returns for corporate entities revealed a total carry-over net operating loss of $3.7 billion. Yet, if you recall, 2021 was the most bullish crypto year ever, as demonstrated by the hyper-valuation of altcoins, spearheaded by Bitcoin’s ATH ceiling of $69k.

In the aftermath, SBF’s entangled web of leveraged ‘value’ appears to have infected every corner of the crypto space. DCG’s Genesis Lending and Grayscale Bitcoin Trust (GBTC) may yet be the final domino to fall as they struggle to boost operations with liquidity investors who pulled out funds as a preemptive cautionary measure.

We have seen similar timelines with Celsius and BlockFi, both of which were centralized lending platforms offering enticing yields on user deposits.

In tandem with the FTX hacker crashing the price of ETH by swapping pilfered ETH for stablecoins, the crypto space never had so much negative pressure in such a short period.

Zooming out of this chaos, essential lessons are already on the horizon:

“Smart VC money” doesn’t appear to be a thing. In a bull run, neither SoftBank, MultiCoin, Sequoia, nor Temasek did their due diligence before pouring billions into SBF’s schemes.The get-rich-quick mindset prevails over due diligence. So SBF filled that figurehead role of the “bailout king,” boosted by hundreds of influential sponsorships to help bring digital assets to a mainstream audience.

In the end, SBF further mainstreamed a fraudulent reputation for the entire crypto space, which will follow for years to come. Yet, the light of transparency is at the end of the contagion tunnel.

How can “crypto” be made whole again against present and future bad actors?

Ironically, the primary problem with the CeFi layer built on top of the blockchain is the lack of transparency. Although not the first example, the FTX collapse showcased this in no uncertain terms.

Alongside not having an accounting department, it has been revealed that FTX, once valued at some $32 billion, actually owned zero bitcoin when it filed for bankruptcy. Instead, the seemingly fraudulent exchange held $1.4 worth of Bitcoin liabilities. It is an understatement to say that this warps the market.

The entire situation clearly shows the need for transparency among centralized cryptocurrency exchanges.

In record time after the FTX collapse, the concept of proof-of-reserves was widely accepted as the first step. Binance was one of the first to show their cold and hot wallets, soon joined by Crypto.com, OKX, Deribit, Bitfinex, Huobi Global, and Kucoin. Nansen analytics stepped in to provide a unified proof-of-reserve dashboard for CEXs.

A look at all of the exchange holdings we currently support:

We will be adding more exchanges in the future, so keep an eye out for them here: https://t.co/apbQFLN7HX pic.twitter.com/l5SJXkoCWw

Beyond proof-of-reserves, we will also likely see an additional transparency layer – proof-of-solvency or proof-of-liability. After all, an exchange could only take a snapshot of its blockchain wallet states to transfer those funds elsewhere afterward.

“If you prove that customers’ deposits equal X (“proof of liabilities”), and prove ownership of the private keys of X coins (“proof of assets”), then you have a proof of solvency: you’ve proven the exchange has the funds to pay back all of its depositors.“

Quoting Buterin in a Twitter response, Binance’s CEO said his exchange is already working on implementing the next era of CEX transparency. Now that the trust in CeFi is at a historical low, all remaining players are rushing to prove who is more trustworthy.

For one reason, centralized exchanges are always likely to play a significant role in the crypto space. Most people like the simplicity and convenience of one app doing everything for them – custody, savings, and trading. In contrast, self-custody through DeFi inherently requires high user engagement and a certain level of technical competency by the user due to the diversified protocols, dApps, and blockchains.

Therefore, for DeFi to grow, CeFi’s CEX transparency has to grow and be a sound building block for the future of the crypto ecosystem. On that road, DeFi is paving the road with its resilience compared to CeFi’s other product – lending.

In the crypto space, it has become very popular to carelessly intermingle actual DeFi platforms and hybrid DeFi-CeFi platforms (which are actually CeFi platforms) in conversation. Yet there is a significant difference between the two.

Just look at what has transpired throughout 2022. From Celsius and BlockFi to Gemini’s Earn program, all have failed:

Celsius CEO Alex Mashinsky manually directed trades in the hopes of paying users’ enormous yields (up to ~18%), which also required constant user deposit inflow. Instead, after the bankruptcy, Celsius still owes users $4.7 billion.Following BlockFi’s exposure to Three Arrows Capital, one of the largest crypto investment funds, BlockFi followed into the devaluation pit, going from $5 billion a year ago to getting SBF’s Alameda bailout worth $400 million. However, it is still unclear if BlockFi is to declare bankruptcy and if unsecured user funds will be returned, as BlockFi withdrawals are paused at the time of writing.Not to be confused with the exchange itself, the Gemini Earn program had Genesis Trading supply its users’ yields. The problem is that DCG-owned Genesis had Three Arrows Capital and Alameda Research as main borrowers, both of which are now bankrupt. As a result, Genesis halted user withdrawals after redemptions exceeded its liabilities.

These platforms enticed users with high yields while leveraging their funds in other ventures, which, it turns out, is not sustainable. So although 100% redemption at any moment is not something that even banks follow, there remains a big difference.

Bank deposits are FDIC-insured, while crypto deposits are not. This follows that CeFi platforms had to impose even stricter self-discipline than banks. But how is that achievable when they are run by self-interested parties instead of self-governed code? So once again, we arrive at a major distinction between DeFi and CeFi.

Will DeFi Prevail as the Only Lending Marketplace in Town?

Compared with leading DeFi platforms, which are all still ticking, it appears it will take a new cycle for CeFi to regain user trust. Although some DeFi platforms were exposed to FTX, such as Liquid Meta (LIQQF), most are unscathed outside the general downtrend, impacting the entire crypto market.

This was amply demonstrated when the Aave lending protocol had a surge in activity following Gemini Earn’s halted withdrawals. For a brief period last Wednesday, Aave users could have earned up to 83% yield on Gemini’s GUSD stablecoin, likely due to increased demand as people withdrew their GUSD funds in panic.

Before u ask anon.

GUSD cannot be used as collateral on Aave. So no risk of bad debt.

I personally think there’s zero issue with it with my current knowledge.

So if u wanna enjoy near 3 digit yield before it get arb, have fun! pic.twitter.com/Z5ay54PYeg

These arbitrage opportunities are commonly seen in the world of forex trading, even with many trusted forex brokers in the US that are regulated by the National Futures Association (NFA) and Commodity Futures Trading Commission (CFTC). But unfortunately, we have yet to see such clear regulations for CeFi platforms.

In a broader picture, why did CeFi platforms perform so abysmally this year? Simply put, DeFi protocols lack the capacity for corruption because the voting power to affect the protocol is distributed to community stakeholders.

Some platforms have even opted out of granting governance to users for the sake of decentralization. For example, the Liquity lending protocol sees danger in whales accumulating smaller cap tokens to exert a monopolistic voting power. This is why their LQTY token is only for utility, not governance.

As centralized yield-generating platforms keep halting withdrawals, lending dApps like Aave (AAVE) or Compound (COMP) simply don’t face such problems. Either users provide liquidity for others to borrow, or they don’t. There is no obfuscation to be found in self-regulated smart contracts visible on a public blockchain.

As CEXs implement proof-of-reserves and proof-of-solvency, DEXs can have these features built-in. Consequently, in the immediate FTX aftermath, users not only increased DeFi lending activity but decentralized token swapping as well.

DEXs appear to be taking some of the trading volume lost by FTX, led by Uniswap.

While Uniswap (UNI) equalized with Coinbase in terms of trading volume, GMX token, for a decentralized derivatives exchange, gained the upper hand over the last month.

This makes sense as FTX US had a very popular derivative offering in the form of futures, options, and swaps. GMX exchange takes that role by offering up to 30x leveraged futures trading, with GMX as the utility/governance token.

Who Is the Most Exposed “DeFi” Player?

FTX was the largest single holder of stSOL, as staked SOL for the Solana ecosystem. Without even leaving the beta stage, SBF has been tightly involved in the Solana blockchain since it launched in 2020, having bought over 58 million SOL.

In addition to SBF’s Serum (SRM), Solana’s Uniswap equivalent, Solana appears to be the biggest loser of the FTX fiasco – if we’re looking at projects outside of FTX altogether. Once touted as the Ethereum killer, SOL is down 60% over the month, taking down its burgeoning DeFi alternative.

Otherwise, it would be called Automated Finance – AuFi – not DeFi. One follows the original DeFi baseline, while the other carries over CeFi risk in an automated form.

Shane has been an active supporter of the movement towards decentralized finance since 2015. He has written hundreds of articles related to developments surrounding digital securities – the integration of traditional financial securities and distributed ledger technology (DLT). He remains fascinated by the growing impact technology has on economics – and everyday life.