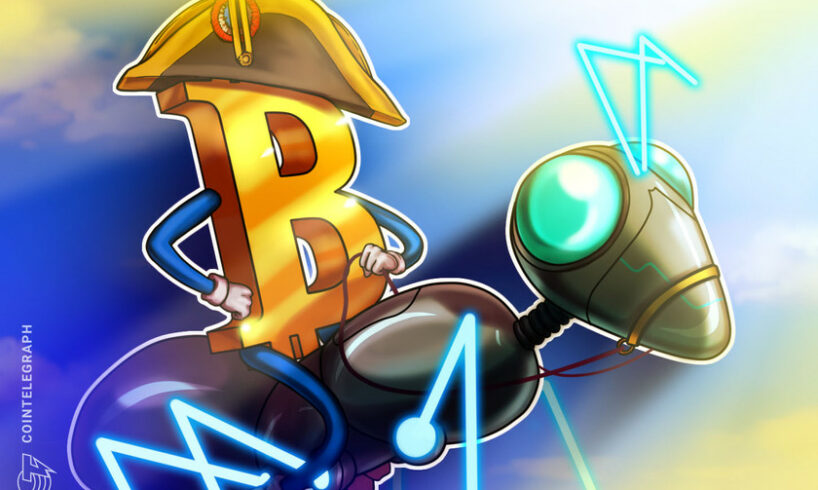 Bitcoin (BTC) and decentralized blockchains are “as strong as ever” in the wake of the FTX meltdown, ARK Invest says.

In the latest edition of its monthly newsletter, “The Bitcoin Monthly,” the investment giant came out firmly bullish on BTC.

ARK: FTX scandal may be “most damaging event” ever

With BTC price volatility ebbing into December, the industry is still reeling from ongoing FTX contagion.

As lawmakers only begin to get to grips with the events, when it comes to Bitcoin, ARK is doubling down on its conviction — and setting it firmly apart from centralized alternatives.

“The fall of FTX could be the most damaging event in crypto history,” one of the latest report’s “key takeaways” states.

While acknowledging that even Digital Currency Group (DCG) — one of whose products, the Grayscale Bitcoin Trust (GBTC), it recently bought — “faces considerable pressure” as part of the fallout, ARK delivered a key critique of what it called “centralized intermediaries.”

“ARK’s conviction in decentralized and transparent public blockchains is as strong as ever,” it confirmed.

“The FTX and other cases like Celsius and Alameda suggest that decentralization and transparency are paramount as antidotes to the gross mismanagement that can be associated with centralized intermediaries, especially fraudulent ones.”

As such, despite being bearish on some on-chain metrics, there was reason to keep the faith on Bitcoin.

Examples to bear in mind included the resilience of long-term investors, a group refusing to give into the temptation to sell despite recent BTC price declines.

“A historically significant capitulation is underway”

Related: ‘Imminent’ crash for stocks? 5 things to know in Bitcoin this week

BTC/USD traded around the $17,000 mark at the Dec. 6 Wall Street open, data from Cointelegraph Markets Pro and TradingView showed, still attempting to flip the level to firm support after days of indecisiveness.

ARK’s CEO, Cathie Wood, earlier this year doubled down on a prediction that Bitcoin would hit $1 million by 2030.