U.S. Inflation Is Sticky at 8.2%. What’s Next for Bitcoin? – WORLD CRYPTO BUSINESS
You are here: Home Market News 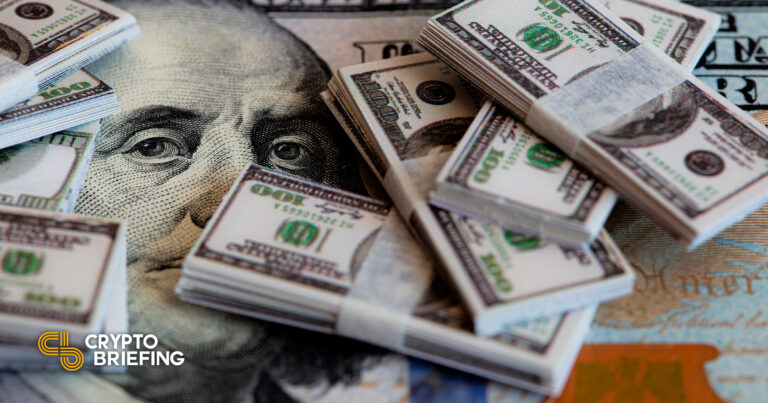 U.S. inflation declined from 8.3% to 8.2% on a yearly basis in September.
Although the Consumer Price Index fell by 10 basis points, the decline was less than economists’ expectations.
As inflation is still high and the economy is in crisis mode, the Fed is likely to continue hiking interest rates, which suggests crypto will continue to suffer.

The price of goods rose by 8.2% on a yearly basis last month, falling higher than economists’ broad expectation of an 8.1% reading. On a monthly basis, the CPI rose by 0.4%.

Despite coming in higher than expected, today’s print is the third consecutive monthly decline in U.S. inflation, following a 40-year record high reading of 9.1% in June 2022.

Although the latest few CPI prints have indicated that inflation may have peaked, markets reacted negatively to today’s reading. Major U.S. stock indices like the Dow Jones and Nasdaq 100 plummeted in pre-market trading, while the crypto market also saw a sharp decline. Bitcoin is down over 4%, while the second largest cryptocurrency, Ethereum, sold off more than 6%.

Despite hopes that inflation would quickly retreat toward the Fed’s 2% target, the 8.2% reading shows it’s “sticky”—and therefore could remain high for longer than expected. High inflation and slow economic growth are bad news for risk assets like crypto and the broader financial markets.

Traders have been watching inflation closely this year as the numbers have a key bearing on the Federal Reserve’s moves. As inflation has soared, the U.S. central bank has responded with an aggressive economic tightening policy, hiking interest rates to 3% to 3.25%, levels not seen since the Global Financial Crisis in 2008.

Interest rate hikes are relevant to traders and investors as they tend to have an impact on risk assets due to the rising cost of borrowing money. The Fed’s hawkish stance is arguably the biggest factor behind crypto’s staggering $2 trillion washout since November 2021.

The U.S. central bank is the world’s most powerful force on global markets, and the recent economic crisis has led Fed Chair Jerome Powell and his team to take a merciless stance that’s battered stocks and crypto markets. It’s also had several knock-on effects, like strengthening the dollar against other global currencies, which has subsequently held risk assets back.

The Fed has repeatedly indicated that it hopes to bring inflation down to 2%. Current estimates have predicted that the funds rate could peak at 4.6% in 2023, which would mean further interest rate hikes on the horizon. Powell usually announces rate hikes at the central bank’s Federal Open Market Committee meetings; the final two of the year are set to take place in November and December.

What’s Next for Crypto?

With inflation declining at a snail’s pace, it could be some time until crypto shows renewed signs of life. Many traders have suggested that a Fed pivot could serve as a crucial turning point for the market, as a halt in rate hikes would reduce pressure on risk assets. Billionaire hedge fund manager Paul Tudor Jones said earlier this week that the Fed flipping dovish would likely lead to “a massive rally in a variety of beaten-down inflation trades, including crypto,” but he prefaced his comments by warning that he thought the U.S. was either already in or heading for a recession.

While the U.S. economy shrank for two consecutive quarters in the first half of the year, the National Bureau of Economic Research has not yet declared a recession, and no signs have surfaced to suggest that the Fed is yet ready to show mercy to the markets. Powell has made the case throughout this year that the country’s unemployment rate is relatively low when questioned about the state of the economy; it fell to 3.5% last month. Jones and others have warned that the Fed will wait to see higher unemployment rates before stimulating economic growth, hinting that a pivot could be some way off pending the economy officially entering a recession.

Bitcoin has historically been touted as a “digital gold” that can act as a hedge against monetary inflation, and while crypto advocates have long hoped that the asset class will trade independently from stocks and the central bank’s moves, this year’s price action has dashed their hopes in the short to medium term. As Bitcoin still reacts to inflation and the Fed, the macro landscape will likely need to improve for crypto to post a significant rise.

Bitcoin hit an all-time high above $69,000 as the cryptocurrency market topped $3 trillion in November 2021. Now almost a year into a bear market, a new record high is likely still some way off. As long as inflation is still running hot, the crypto faithful likely have a wait ahead until so-called “up only” mode resumes. 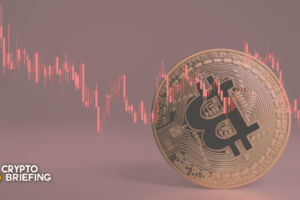