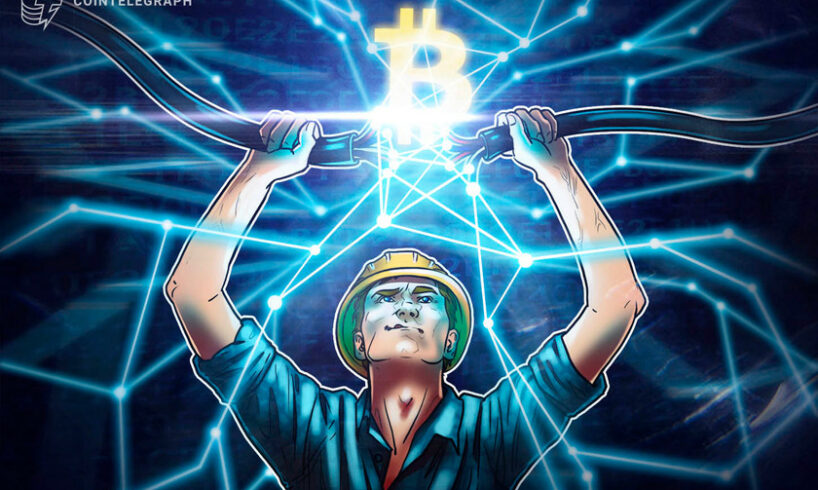 The cost of mining one Bitcoin (BTC) has fallen to ten-month lows as mining hardware becomes more efficient, and difficulty has dropped 6.7% since its May peak.

On July 13, strategists from JPMorgan led by Nikolaos Panigirtzoglou told investors that Bitcoin production costs have fallen to around $13,000 from $24,000 at the beginning of June.

This is the lowest it has been since September 2021, according to the analysts citing a chart from Bitinfocharts, and comes as mining difficulty has fallen from its May highs of 31.25T to 29.15T.

Lower Bitcoin production costs can potentially ease miner selling pressure and improve profitability. However, the strategists were still bearish, stating “the decline in the production cost might be perceived as negative for the Bitcoin price outlook going forward,” according to Bloomberg.

They added that the production cost is perceived by some analysts as the lower bound for BTC price range in a bear market. Several analysts have predicted BTC prices to fall to around $13,000, which would align with the 80%+ drawdowns in the previous two bear markets. Bitcoin is currently trading down 70% from its November all-time high.

Bitcoin production cost peaked just after the price peaks in April and November 2021 and has fallen back as markets did, so it is correlated but lags price movements.

The drop in production cost has been linked to a decline in electricity consumption.

Cambridge University’s Bitcoin energy consumption index currently reports that the network’s estimated daily power demand is 9.59 Gigawatts. This is a decline of 33% over the past month and is down 40% from the 2022 peak demand of almost 16 GW in February.

Additionally, a significant number of miners have powered down older, more inefficient mining rigs as they have become unprofitable to operate due to surging energy prices and a collapse in BTC prices.

According to Asicminervalue, the Bitmain Antminer E9, just released this month, is one of the most efficient units on the market, with a maximum hash rate of 2.4Gh/s for a power consumption of 1,920 Watts.

Related: Bitcoin miners sell their hodlings, and ASIC prices keep dropping — What’s next for the industry?

On the flip side, miners have been hit with the double whammy of increasing global energy prices and tanking BTC prices. This has caused mining profitability to slump by 63% since the beginning of the year. Bitinfocharts reports that mining profitability is currently at its lowest levels since October 2020 at $0.095 per day per terahash per second.

However, the fall in production cost may prevent a further fall in profitability and could even reverse that trend in the coming months.