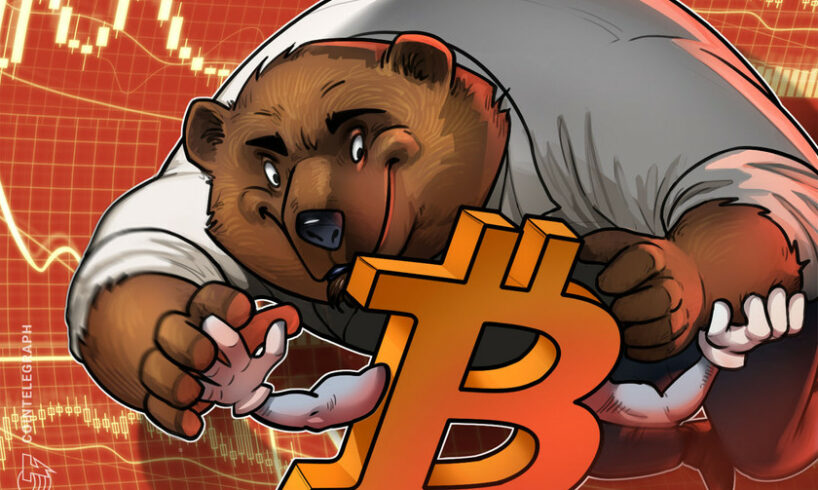 Bitcoin (BTC) mining is the backbone of the BTC ecosystem and miners’ returns also provide insight into BTC’s price movements and the health of the wider crypto sector.

It is well-documented that Bitcoin miners are struggling in the current bear market. Blockstream, a leading Bitcoin miner recently raised funds at a 70% discount.

Let’s explore what this means for the current Bitcoin cycle.

Bitcoin mining profitability can be measured by taking the miner’s revenue per kilowatt hour (kWh). According to Jaran Mellerud, a Bitcoin analyst for Hashrate Index, a BTC mining bear market has a sustained period of revenue per kWh of less than $0.25. Under his assumption, he calculates using the most efficient Bitcoin mining machine on the market.

The 2018 bear market lasted nearly a year, sending kWh to a bottom of $0.12. Following the downtrend, a short bull market commenced until the 2019 bear market began.

The most recent mining bear market started in April 2022 according to Mellerud’s analysis of revenue per kWh. As of Dec. 8, the current bear market has lasted for 225 days with a minimum revenue of $0.108 per kWh. The number is higher than in previous bear cycles due to high energy prices.

Comparing the current bear mining cycles, a minimum of 138 bear market days may continue before the market turns. The difference between this period and past cycles is that previously, miners were mainly self-funded whereas now, there are many miners that funded their rapid growth with debt.

After reaching the bull market peak in 2021, crypto mining stocks are under immense pressure, with many falling by 90%.

The immense amount of debt taken on by public mining firms taken at Bitcoin’s all-time high is creating a massive debt-to-equity ratio.

Mirror, mirror on the wall, who are the strongest public #bitcoin miners of them all? pic.twitter.com/pnpypsxcAu

With the Bitcoin mining bear market expected to continue based on past historic BTC trends, more public miners will face equity squeezes. As miner debt continues to grow, investors may get spooked, creating even more depressed prices in the stock market.