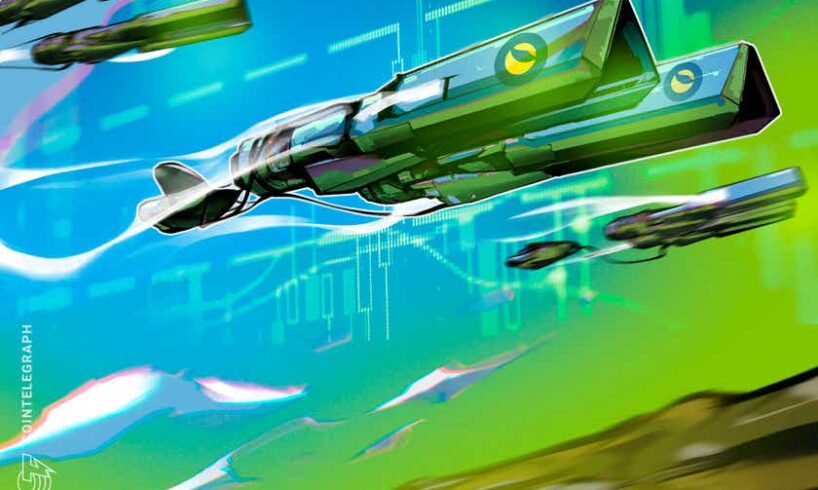 Analysis of the wallet related to blockchain protocol Terra reveals that since it began amassing BTC in Q1 this year, it is up $165 million.

The Luna Foundation Guard (LFG), a nonprofit organization around Terra, is currently following through on its plans to back its new TerraUSD (UST) stablecoin with both Bitcoin and its native LUNA token.

The plans were only revealed this month by Terra co-founder Do Kwon, but the destination wallet for the funds has been active longer and saw a significant inflow back in January.

Since mid-March, buying has accelerated, and in just a few short weeks, LFG’s balance has passed 30,000 BTC.

If that weren’t impressive enough, Bitcoin’s bull run, whether associated or not with Terra’s purchases, has netted the organization $165 million in circumstantial profits. At this week’s three-month highs above $48,000, the tally hit $186 million.

2/ Purchasing significant amounts of bitcoin creates information asymmetry between insiders (prof traders & desks) and everyone else.

_I_ am not buying bitcoin, the reserve is for the communities of users that use UST – numbering in the millions

“If I was capable of moving btc it would not be fit as a reserve asset,” he wrote as part of a Twitter debate with Schiff Thursday.

Schiff had argued that the aim of backing a United States dollar stablecoin with anything other than USD “makes no sense.”

Terra to Tesla: “Hold my beer”

As Cointelegraph reported, Terra plans to buy a total of $10 billion worth of BTC.

This would make its holdings dwarf those of other well-known “whale” entities, including MicroStrategy, which currently has the world’s largest corporate Bitcoin treasury of 125,051 BTC ($5.89 billion).

While MicroStrategy plans to keep buying, there has been no such commitment from runner-up Tesla, which holds an estimated 43,200 BTC.

LFG, it would appear, will soon outpace it.

In terms of net profits, Tesla is up 1.36 times versus its initial purchase price, while MicroStrategy is up 1.6 times, data from monitoring resource Bitcoin Treasuries shows.