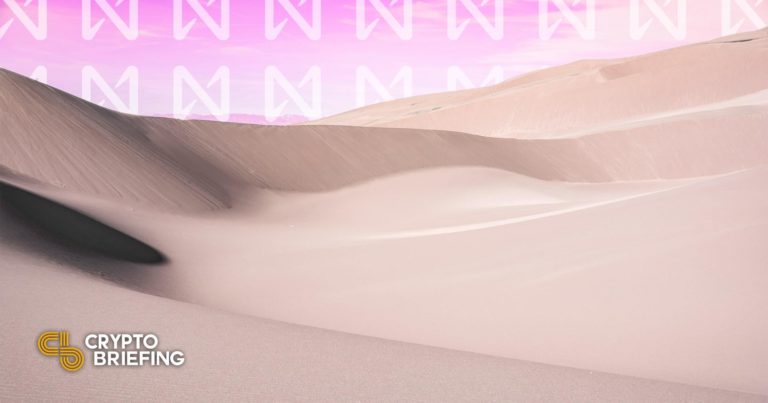 NEAR is quickly approaching its all-time high price. A recent $350 million raise combined with rumors of a native, high-yield, algorithmic stablecoin have contributed to the Layer 1 chain’s ascent.

NEAR is outpacing the crypto market.

The sharded Layer 1 blockchain has soared 20% over the past 24 hours and is quickly approaching its prior all-time high of $20.44 set in January. Over the past month, NEAR has climbed more than 90%, becoming the biggest gainer in the top 20 cryptocurrencies by market capitalization.

Several catalysts appear to be fueling NEAR’s rally. On Apr. 6, the Layer 1 announced its second major capital raise this year, bringing in $350 million from Tiger Global, Dragonfly Capital, and FTX Ventures, among others.

Elsewhere, Barry Silbert, founder and CEO of Digital Currency Group, revealed the company’s third-largest crypto holding was currently NEAR after Bitcoin and Ethereum. Others have also pointed out the Layer 1’s sharp increase in active developers. According to data from Electric Capital, NEAR currently has over 140 full-time developers, outpacing rival Layer 1 platforms BNB Chain, Terra, and Avalanche, despite sitting at a lower market capitalization.

Additionally, several rumors surrounding NEAR’s development are circulating on social media, potentially contributing to the bullish momentum. A blog post from Twitter user Captain_Kole1 claims that NEAR will be listed on Coinbase in the next “couple of months” and that the exchange’s upcoming NFT marketplace could support NEAR NFTs.

Captain_Kole1 also claimed that NEAR would announce the launch of its own algorithmic stablecoin on Apr. 20. They said that the dollar-pegged coin, which will supposedly adopt the ticker USN, will offer holders 20% yield on deposits, mirroring the yield rate Terra users can earn on UST via Anchor Protocol.

As Captain_Kole1 did not provide any conclusive evidence for his claims, Crypto Briefing cannot confirm their credibility. However, it’s worth noting that NEAR started increasing in price shortly after Captain_Kole1’s blog post was published. Whether the claims are true or not, the market appears to have responded with a vote of confidence.

Disclosure: At the time of writing this piece, the author owned ETH, NEAR, and several other cryptocurrencies.

NEAR Raises $350M in Tiger Global-Led Funding Round

NEAR Protocol has raised $150 million in its latest funding round led by Three Arrows Capital. The NEAR token has surged on the news, gaining 6.6% in the past hour. …

NEAR Announces $800M in Development Grants