Cosmoverse is bringing the best of the Cosmos ecosystem to Latin America – WORLD CRYPTO BUSINESS
You are here: Home Ethereum News 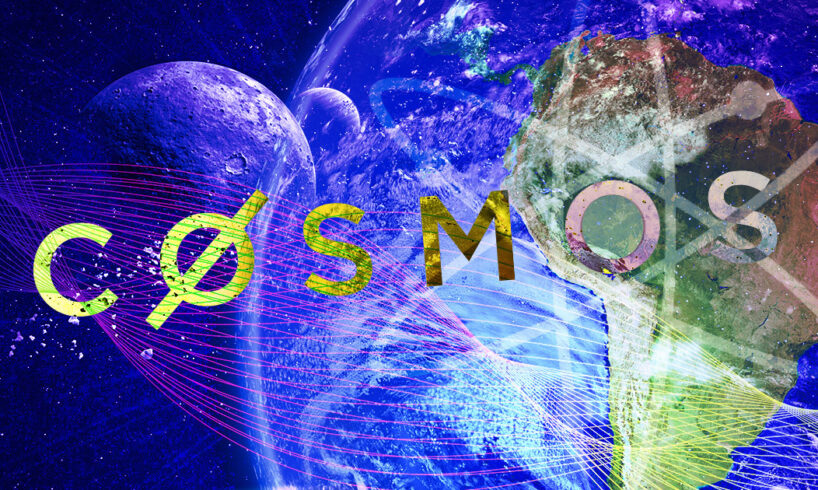 On September 26, a huge chunk of the Cosmos community is expected to flock to Medellin, Colombia, where they’ll attend the largest and most significant conference for the Cosmos ecosystem.

This is the second event hosted by Cosmoverse, which intends to become one of the biggest driving forces for the growth of the vast Cosmos. Last year, the Cosmoverse event in Lisbon, Portugal, gathered hundreds of Cosmos developers, investors, founders, and journalists and brought more awareness to the Cosmos ecosystem.

The two-day event in Medellin is set to attract an even bigger audience with dozens of speakers and an action-packed schedule.

CryptoSlate spoke to Juri Maibaum and Fabian Klauder, the co-founders of Cosmoverse, to find out more about the upcoming event.

Cosmoverse is fueling the growth of the Cosmos ecosystem

The Cosmos ecosystem has experienced unprecedented growth in 2022. Aside from reaching $1.4 billion in total value locked (TVL), Cosmos saw the hugely successful launch of its Inter-Blockchain Communication Protocol (IBC) and is expecting multiple established projects like dYdX to move their operations onto a Cosmos-based blockchain.

Maibaum believes that the IBC is the biggest factor responsible for the growth of the Cosmos ecosystem. He noted that some of the most significant exploits the market has seen in the past two years happened on cross-chain bridges, raising awareness about the need for a secure bridging protocol. With IBC essentially removing the need for cross-chain bridges, more and more projects have been looking into enabling it as a way to secure their protocols. Maibaum noted that any blockchain with light client support can easily enable IBC, a feature that will certainly increase the adoption of the novel technology.

“The possibility of setting up its customized blockchain with the Cosmos SDK opened many doors for projects. More projects can reach a higher level of customization and flexibility by being their own chain, which a) can improve UX and b) allows projects to extract more fees from the value they generate. This is especially interesting in the context of MEV. With DYDX, we saw the first major Ethereum dApp deciding to launch its own blockchain,” he explained.

However, Klauder believes that many developers are still unfamiliar with the tools Cosmos provides. One of the main goals of Cosmoverse events is to spread awareness of the Cosmos ecosystem and onboard more community members and developers.

“During our first Cosmoverse conference in Lisbon in 2021, we realized that even very knowledgeable people from the Ethereum ecosystem know about Cosmos but are unaware of its advantages! With Cosmoverse, we aim to change that.”

One way Cosmoverse plans to achieve that is by targeting one of the fastest-growing crypto and blockchain markets — Latin America.

And while Maibaum said that the event didn’t plan on targeting the Latin American market in particular, they saw the biggest potential for growth in Colombia.

“The South American crypto market is among the most exciting globally. Medellin is turning into Latam’s technology hub at the moment. Also, due to the highly inflationary Colombian Peso, the crypto industry has much adoption potential. If you observe the developer market in Colombia closely, it is impossible not to get excited about what is happening in this region.”

The fact that Devcon, the world’s largest conference for Ethereum developers, is also taking place in Colombia certainly helped. The annual Devcon Week will last from October 7 to October 16 in Bogotá and gather thousands of builders and developers. Maibaum said that the close proximity of the two events will help attract participants from the Ethereum ecosystem.

To further expand the reach of the conference, Cosmoverse is offering free tickets to students and developers from Colombia.

“If you are into crypto, Colombia is the place to be in September and October 2022,” Maibaum said.