The biggest news in the cryptoverse for Nov. 10 includes SBF planning to raise funds to bailout FTX and make users whole, SEC chairman Gary Gensler advocating for more investor protection following FTX collapse, and  Sequoia Capital writing off its over $200M investment in FTX as worthless.

According to leaked slack messages reportedly sent to FTX employees, Sam Bankman-Fried plans to raise more funds to repay customers and investors affected by the collapse.

SBF added that FTX international may merge with FTX US to increase its liquidity and fund operations.

VC firm Sequoia had earlier invested about $63.5 million into FTX and FTX US before the crypto exchange started struggling.

In light of the FTX collapse, Sequoia informed its investors that it was writing off over $200 million as bad debt to FTX.

FTX’s CEO Sam Bankman-Fried (SBF) in a Nov. 10 tweet apologized for exceeding users’ deposit margin which caused the FTX collapse. As a result, FTX had a higher value of assets than user deposits.

SBF said he was exploring all possible options to raise funds and liquidate existing collateral so as to refund users affected by the collapse.

Following reports that Binance pulled away from saving FTX due to an $8 billion hole in FTX’s balance sheet, Binance published its Proof of Assets, which revealed that Binance held roughly $18.3 billion worth of assets in its reserve

However, the FTX collapse is posing some liquidity issues for stablecoins. The Curve 3pool became unbalanced, as the USDT, DAI, and USDC balances adjusted to 84%, 8%, and 8% respectively. Rumors also emerged that FTX’s Alameda was looking to sell off about $550,000 worth of USDT.

With the rising fear, uncertainty, and doubt rocking the crypto market, some Bitcoin holders moved to withdraw about 60,000 BTC from exchanges, indicating a sentiment to sell off their assets to avoid further contagion.

The securities and exchange commission (SEC) Chairman Gary Gensler told CNBC that he had warned crypto exchanges including Sam Bankman’s FTX that non-compliance with regulatory laws would undermine investor protection.

Gensler reiterated that the best way ahead will be for crypto exchanges to be duly registered with the regulators, so as to protect investors and prevent market crises caused by big players, who “co-mingle” to trade against their customers.

By design, Solana was supposed to unlock about 18 million SOL tokens between Nov. 9 and Nov. 10. However, due to the FTX ecosystem collapse, Solana has postponed the unlock date till Nov. 12, so as to reduce the sale pressure on Solana’s struggling token (SOL).

Counterintuitively, the staking unlocks for Solana developers were completed today, which saw about 353,687 SOL tokens released into the market.

Bitcoin spikes to $17,800 on better than expected CPI data

The market had expected a report of about a 7.9% rise in inflation, however, the October CPI data revealed that inflation sits at 7.7% year-on-year.

Kraken‘s founder Jessee Powell in response to the FTX collapse said that the crypto community though open-minded and trusting should adopt strict standards in verifying crypto projects before promoting them.

Powell called on venture capital firms to be strict with their due diligence process before backing any project and endorsing them to the public.

The Kraken chair added that the U.S. regulators need to provide a clear regulatory framework for crypto businesses to operate and offer their services in a supervised manner.

FTX, Alameda used Binance as intermediary for their parasitic relationship

On-chain data analyzed by CryptoSlate revealed that between November 2021 and November 2022, Sam Bankman-Fried’s Alameda Research transferred about $49 billion worth of tokens to FTX, with over $4.2 billion reportedly sent in September 2022.

From the chart, Alameda reportedly received about $25 billion worth of stablecoins and altcoins, with $7.1 billion coming from FTX and over $15.5 billion being sent from Binance wallets.

In line with the on-chain data, Binance played the middleman to facilitate fund transfers between Alameda and FTX, which caused the 9/11 crypto market collapse.

Many Economists consider the M2 money supply (which includes cash and checking deposits, savings deposits, and money market securities) as a better measure of inflation than M1  which is used to track the Consumer Price Index (CPI).

According to the October CPI data, inflation sits at 8%, while the M2 figure stands above 25%. Many consumers believe that inflation may be nearing the 25% mark set by M2.

In addition, the M2 figure is seeing a growing interest from Crypto Analysts as it tracks Bitcoin price performance.

From the chart, during the periods of 2015, 2019, and 2022, the M2 figure saw a decline, which coincided with a fall in Bitcoin price.  Consequently, the global M2 is becoming a metric that plays a key role in determining Bitcoin’s price movement.

News from the Cryptoverse

FTX has announced that it is working with Tron to allow TRX, BTT, JST, SUN, and HT token holders to swap their assets 1:1 to external wallets.

For the first installment, about $13,000,000 worth of assets will be available for withdrawal with plans to deploy more assets in the coming weeks.

Reuters reported that leading crypto exchange Binance allegedly facilitated transitions worth $7.8 billion from Iranian firms that were sanctioned by the U.S. government. 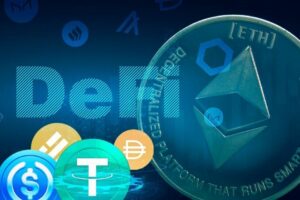 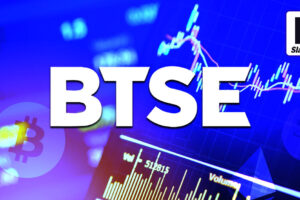 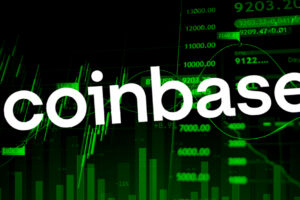 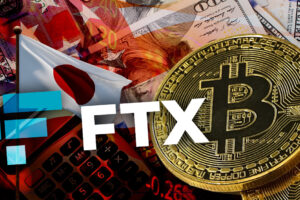 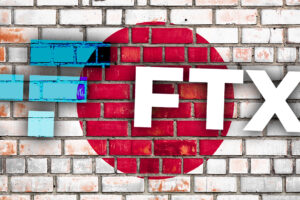