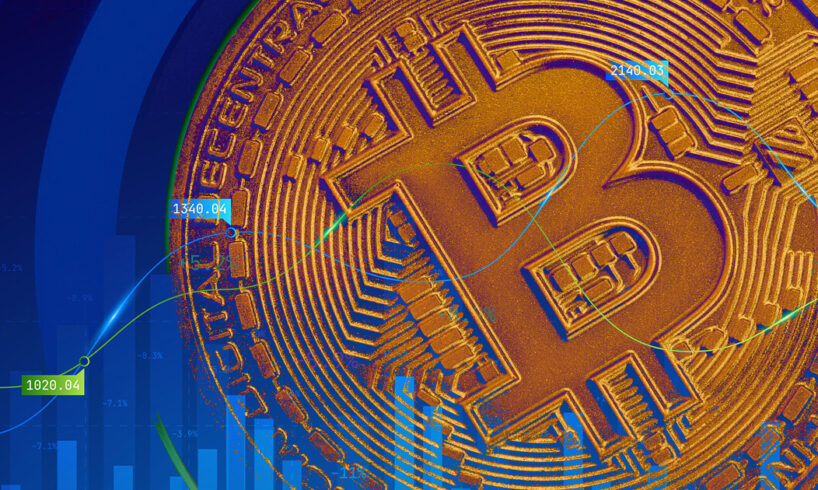 While the rate demonstrates Bitcoin’s rapid and mainstream adoption, the digital currency’s fundamentals have remained unaffected by 2022’s negative GDP growth, which is already mounting pressure on the U.S fed to reconsider its 2% inflation rate target.

According to reports, the US Federal Reserve ought to reconsider the 2% inflation rate target, given the rising interest hikes and the cost-benefit of a 4% monetary inflation rate.

Some experts argue the benefit of increasing the rate would result in higher average nominal interest rates that would give enough room for implementing monetary policies, and perhaps eliminate the risk of zero lower bound constraints.

Olivier Blanchard: Central banks probably won’t want to redefine their inflation target higher, but if they can get inflation down to 3% over the next year or two, they should live with that https://t.co/fZBzgHFusg

Despite Bitcoin being susceptible to macro announcements and inflation data, blockchain proponents argue the technology could help reduce inflation and solve the world’s monetary problems as evidenced by Bitcoin’s solid fundamentals in the wake of failing macrodata. Satoshi Nakamoto designed BTC’s monetary inflation rate at a fixed rate determined by the coin’s rising circulation until the 21 million maximum cap.

The unique deflationary features of Bitcoin were put in place to control the supply volume as well as the price. However, the coin faced a huge backlash from a section of the fintech community that posited that Bitcoin’s high volatility rate would negatively affect its users.

Despite criticism, volatility has played an important role in the success of Bitcoin and other altcoins. Interestingly, analysts argue there is a need for Bitcoin to maintain a level of stability for it to remain a top-performing global currency.

Meanwhile, unlike national currencies like the U.S. dollar whose inflation could be adjusted, Bitcoin’s inflation rate is predictable and cannot be controlled by centralized entities.